In the exhibition, tourist image production and narratives, as we know them from travel brochures, postcards, advertisements, films and so on, are appropriated in the works presented. They reflect on the construction of expectations, experiences and the social imaginary of places evoked by the ubiquitous and pervasive culture of tourism we are living in nowadays. The show investigates modes of representation and visibility, starting from the mass production of images and the idealized imagery of places. 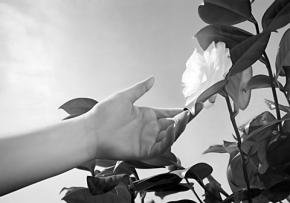 curated by Delphine Bedel and Ayako Yoshimura, in collaboration with Jelle Bouwhuis

In the exhibition ‘Beyond Paradise’ tourist image production and narratives, as we know them from travel brochures, postcards, advertisements, films and so on, are appropriated in the works presented. They reflect on the construction of expectations, experiences and the social imaginary of places evoked by the ubiquitous and pervasive culture of tourism we are living in nowadays.

The starting point of this exhibition also stems from the paradox that tourism still involves romantic, if not paradisiacal imagery, whereas the tourist experience is actually shattered by all kinds of forces that haunt our daily lives: commercialism, gentrification, the complex entanglement of migration and tourist destinations, war, and fear of terrorism. But it is also significant for the strength of our tourism-minded culture that even such threatening notions and experiences can be integrated in a package tour.

‘Beyond Paradise’ investigates modes of representation and visibility, starting from the mass production of images – a scheme central to the leisure industry – and the idealized imagery of places, and moves away from the familiar Tourist Gaze to construct unexpected fictional or personal narratives. The promises of these idealistic and seductive images are appropriated and eventually shifted in the works presented in the exhibition, to reveal other realities, and take us beyond paradise in order to question one of the greatest fictions of our times: that of tourism.

By borrowing from the stock of propaganda images in Cyprus, in his Elysian and Flower Paintings series Mustafa Hulusi (UK/CY) questions the trustworthiness of visual representation. He commissioned a professional painter to produce photo-realistic paintings, based on photographs he had taken on the island. These inviting images of ripe peaches and of an innocent hand reaching for a flower are devoid of the political message usually conveyed by propaganda. Their magnitude and smooth surfaces amplify a sense of unboundedness whereas, on the other hand, they evoke the kind of social realism that we see sometimes associated with nationalism.

Found photographs are a common feature in the oeuvre of Hans-Peter Feldmann (D). The Sunset series (2004) is comprised of nine enlarged postcards of sunsets, multiplying such a perfect romantic moment and disrupting its uniqueness. In a similar disrupting vein Arnout Killian (NL) paints artificial, paradisiacal landscapes with no protagonist, where holiday locations turn into a hyper-real world. Fata Morgana (2007) shows an unusually quiet view of the Thousand and One Nights Palace in the Dutch amusement park Efteling. In The Green (2002), Killian presents another non-place, the golf course as a familiar background of holiday dramas. The pictorialism suspends the scenes from their narrative potential, and transforms beauty into a hovering uncertainty.

Generic holiday destinations and the utopia of unboundedness also take centre stage in the video projection The Swimmer (2002-3) by Sascha Pohle (D/NL). Inspired by Frank Perry’s movie of the

same name from 1968, Pohle, re-enacting the film’s main character, moves from one Tenerife hotel to the next, plunging into each swimming pool in succession, bizarrely following the order of the Thomas Cook travel brochure, in an endless consumption of leisure.

In her video projection Folklore #II (2008), Patricia Esquivias (VE) uses voice-over storytelling, with the help of props such as hand made maps, notes, Internet images and advertisements, to explore unusual links in Spanish history. Esquivias juxtaposes two historical figures: of King Phillip II of Spain who in the 16th century exploited a global empire and the Spanish singer Julio Iglesias, who became extreme popular in the 70s. These parallel stories unravel an unexpected tale: the adoration of the sun and the beginning of the mass tourism in Spain, revealing the national economic agenda of both.

In Phantom Foreign Vienna (1991-2004), Lisl Ponger (AT) addresses the invisibility of immigrant communities in Vienna in the early 1990s. There Ponger visited and filmed various cultural ceremonies and celebrations, undertaking a journey around the world without leaving her hometown, and kept a diary of her encounters. In a self-reflective and critical commentary, Ponger revisited her images and notes eleven years later. Her attempt to define a discursive structure for the film questions modes of cultural representation.

The traveller’s gaze is displaced in the film The Road to Tate Modern (2003) by Erkan Özgen and Sener Özmen (TR), where the artists impersonate Don Quixote and his servant Sancho Panza. Riding a donkey through the mountains of Kurdistan, dressed as businessmen, they look for their way to the world famous museum in London, in a hilarious quest for Western values.

Artist duo Bik Van der Pol (NL) travelled to New Mexico to document the atomic bomb test site in their video Trinity (April 2, 2005). The special tour to the site of the first atomic bomb test explosions – now a closed, barren land – is organised twice a year, attracting visitors from all over the country. The site offers a story and boasts memories of a veteran, but the core object of this tourist destination remains invisible and is left to the tourist’s imagination.

Matthieu Laurette (FR/NL) was invited to develop a new project for ‘Beyond Paradise’. Welcome to SMBA! Open All Summer. Free Entrance addresses the question of visibility without actually producing a new art object. Laurette decided to use the networks of Amsterdam tourism promotion and extend the circulation of the main communication medium of SMBA. Using the invitation to the exhibition as a tourist souvenir, Laurette proposed extra copies of the SMBA Newsletter to be printed and distributed personally to a selection of hotel desks in Amsterdam and the airport. As a part of the distribution, a ‘spokesperson’ introduces the Stedelijk Museum Bureau as a potential tourist attraction to the hotel staff. The promoting welcome address on the cover of the newsletter is a part of Laurette’s project.

‘Beyond Paradise’ is curated by Delphine Bedel and Ayako Yoshimura in collaboration with Jelle Bouwhuis, curator of Stedelijk Museum Bureau Amsterdam.

Publications
‘Beyond Paradise’ is accompanied by the free SMBA Newsletter nr. 105 (EN/NL) which among others features Matthieu Laurette’s contribution to the exhibition.
The publication Beyond Paradise is scheduled to appear in 2009. It will feature theoretical and sociological reflections on art and visual culture within the framework of tourism, as well as special artist projects.

Film Programme
In the framework of ‘Beyond Paradise’ SMBA is organizing a film programme in Maison Descartes in Amsterdam on Thursday, 4 September, starting at 7:30 p.m. The programme aims to present broader perspectives on some aspects of tourism activities and fictional representation, in various geographical and political contexts. The complete programme will be announced on the SMBA website and by Maison Descartes, Institut Français des Pays-Bas, Amsterdam.