Panel 2: "Nothing better than a touch of ecology and catastrophe to unite the social classes..." Using as a backdrop a particular episode of the environmentally-focused 1970 International Design Conference in Aspen, Colorado, Beck has created a show where the presented works, as well as the display system that marks the space of the exhibition, are composed into a conceptual tableau that raises questions of historicity and referentiality. 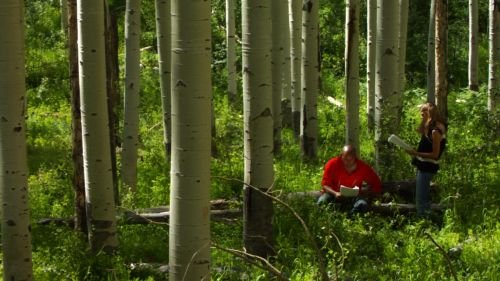 Panel 2: "Nothing better than a touch of ecology and catastrophe to unite the social classes…" is Martin Beck's first solo exhibition in London. Using as a backdrop a particular episode of the environmentally-focused 1970 International Design Conference in Aspen (IDCA), Colorado, Beck has created a show where the presented works, as well as the display system that marks the space of the exhibition, are composed into a conceptual tableau that raises questions of historicity and referentiality. In doing so, Panel 2 continues the artist's ongoing interest in the history of exhibition systems and their relation to Minimal and Conceptual art, particularly around issues of emancipation and control, the social and its administration, for which his recent engagement with George Nelson's portable panel-based exhibition system Struc-Tube was only one example.

The exhibition's subtitle quotes from a statement delivered by the so-called French Group at the 1970 IDCA. Written by Jean Baudrillard and partly aimed at the conference's advisor Reyner Banham, the statement questioned the motives behind the conference's embrace of ecological issues. Since its inception in the early 1950s, the conference had acted as an exchange platform between renowned designers and architects with business leaders and corporate magnates to discuss relations between design and industrial production. The French Group argued that the conference's new found interest in ecology masked the larger political struggles of the time. By diverting ideology "onto rivers and national parks" rather than "class discrimination", "wars" and "neo-imperialist conflicts", the conference would bypass the real challenges that society faces.

How historical references are negotiated and translated into visual language has been a recurrent concern in Beck's work. The works in the exhibition – all specifically made for it and in media ranging from print, photography and video, to sculpture and architecture – respond to a number of interrelated narratives and motifs that were directly or indirectly influenced by or came out of the reflections that emerged from the conference and its immediate contexts. Such narratives notably encompass the ecology of the aspen tree and the US military-sponsored hypermedia system known as The Aspen Movie Map, a forerunner of the GPS. With this in mind, Panel 2 creates a setting that sits at the intersection between the interests of the ecology movement, its narratives and visual representation on the one hand, and those of the corporate/business world of the time on the other.

The exhibition is framed by a historical section put together by the artist in the entrance of Gasworks. Additionally, a handbook edited by Beck which contains textual and visual material related to 1970 IDCA is free for visitors to take away.

Martin Beck: About the Relative Size of Things in the Universe, a document co-published by Four Corners Books & Casco, Office for Art, Design and Theory (2007) will be available for sale at Gasworks during the exhibition. Paperback, 64 pages, ISBN: 978-0-9545025-5-3.

This exhibition has been made possible through the generous support of the Graham Foundation for Advanced Studies in the Fine Arts, Arts Council England, BMUKK, and Austrian Cultural Forum London. Partners: London Design Festival 2008 and Department of Art, Goldsmiths.