In his 1967 essay Art and Objecthood, art critic Michael Fried established as his central thesis "theater's profound hostility to the arts". The show gleefully inverts this thesis, purposely selecting art for its theatricality and installing it in an environment molded by theater, to evoke temporality, the subject/object relation, the audience, the presence of the actor, the performance text, and the implication of dramaturgical concepts such as character, story, and plot structure. 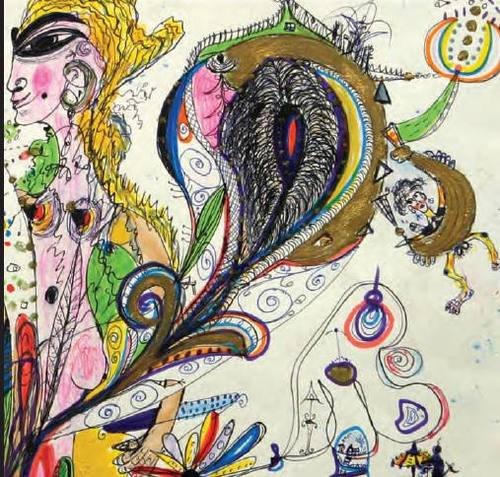 In his 1967 essay Art and Objecthood, art critic Michael Fried established as his central thesis “theater’s profound hostility to the arts”: “theater and theatricality are at war today, not simply with modernist painting (or modernist painting and sculpture) but with art as such.” Art was being “corrupted or perverted by theater.” Theater threatened art through its “sense of temporality” and, even worse, “theater has an audience – it exists for one – in a way the other arts do not.” Fried tied the audience to the creation of the subject/object relationship in the experience of art, which was like “being distanced, or crowded, by the silent presence of another person.” The purported horror of theater and its human presence, temporal dimension, and dialectical subject/object relationship were thus, according to Fried, the “negation of art.”

Cognizant of the critique of Fried by postmodern theory and contemporary art discourse, Perverted by Theater gleefully inverts Fried’s thesis, purposely selecting art for its theatricality and installing it in an environment molded by theater, to evoke temporality, the subject/object relation, the audience, the presence of the actor, the performance text, and the implication of dramaturgical concepts such as character, story, and plot structure.

The quirky handbills of the delightfully strange and extravagantly theatrical Jack Smith invite us to perform Perverted by Theater. Smith notoriously dilated time and a plethora of stage elements, metatheatrically employing scattered, disordered scripts and dwelling at length on the selection of his costumes. His art was so perverted as to be judged obscene and seized by the New York City Police.

A prime element of theater is character, the dialogic and corporeal representation of persons on the stage. Fried, in his 1980 book Absorption and Theatricality: Painting and the Beholder in the Age of Diderot, sought to identify a negative turn marked by French Rococo art: from painting in which the oblivious and unconscious figures represented were absorbed in an activity and world that excluded the audience; to painting, especially portraiture, in which the figures gazed outward or were otherwise conscious of the presentation of the self and the presence of the beholder. The characters along the portrait wall, to varying degrees, engage the viewer through the consciousness of theatrical (re-)presentation: Mikalene Thomas’ boldly self-aware Lovely Six Foota, Martin McMurray’s sly poseur in Yawning Abyss No. 1, Ryan McGinley’s open-mouthed and camera-ready Morrissey 22, Ele D’Artagnan’s baroquely costumed Vulva Veneris Son Scala, Laylah Ali’s untitled masked and sculpted figure, William Daniels’ eerie recreation of the self-portrait of Samuel Palmer, and Shahzia Sikander’s delicate drawing of her actress mother.

Fool is one of Bochner’s “Thesaurus” drawings, which are also included here to refer to the specifically textual or literary nature of Western theater since the Greeks. The text incorporates the plot, and Bochner’s Liar, another “Thesaurus” drawing, offers a textual and pictorial representation of the gist of much theatrical narrative: either a lie that effectively deceives and leads to harm, as Iago’s deception of Othello, or, conversely, the lie revealed, which is the inciting incident or the climax in many plays. These texts allude to Fried’s derision of minimalist art as “literalist” which he equated with “theatrical.”

As the plot unfolds, the audience undertakes the making of the theatrical experience by its reception of all of the elements presented—the sounds, the set, the dialog, the nonverbal art of gesture, the story, and character. This process is much akin to the concept of Luis Camnitzer’s Painting under Hypnosis in which he documents the collaborative work of the audience in instructing the artist, under hypnosis, how to paint. In the process of reception, the audience sees itself and the fragments of an external reality mirrored in the staged representation. These points of identification and difference provide the building blocks of the theatrical hermeneutic. Virgil Marti renders this queasy reflection in his Sconce (The Lady from Shanghai), an anti-minimalist and explicitly decorative sculptural object, titled after Orson Welles’ 1947 film.

Frequently in contemporary theater, icons placed on stage recall the natural world. Albero by Igor Eskinja is a sort of pictogram of the tree, a set piece that appears, for example, in Beckett and the stage work of Robert Wilson.

The elements of the set and the characters having been established and the audience hard at work creating the theatrical experience, the plot brings all the elements into play. The inherently narrative quality of David Humphrey’s Black and White connotes the questions that envelop the unfolding action of drama: who are these characters really, why are we watching them, what is going to happen to them.

With the plot in motion, new aspects of the characters are revealed or indeed created by the events we witness. Jim Nutt’s untitled reconfigured visage and the layered multiplicity of Jackie Gendel’s untitled portrait show the characters in motion, changing, searching to find a new identity as their world and story evolve. The characters typically encounter obstacles in attempting to achieve the object of their will. Ross Knight’s They’re Dangling may be seen to represent just such a treacherous passage for the protagonist, while also probing the relationship of Fried’s beholder to the exhibition space and its objects. The decisions that the protagonist makes, together with other changing circumstances, create a situation in which she is tied up, unable to escape her fate, just as Kate Gilmore finds herself in Before Going Under.

The narrowing possibilities that flow from her decisions and actions are abstractly represented in the ineluctable and singular opening of Ann Pibal’s Drifter, whose title may also evoke the plot arc of the stranger who arrives and causes the action to be set in motion, only to move on in the end, leaving behind a world altered by her intrusion. After the climax comes the denouement, or literally the unraveling of the plot’s knotted structure, leaving shredded remnants of the action, as in the mutilated fabric remains of Elana Herzog’s Plaid. And finally, a new stasis is created, one often marked by an absence, a death, a dream vanquished, a picture obliterated, the theater going dark as the audience and actors exit. Alexi Worth provides in Lenscap the end of the show.

Kabir Carter’s sound installation Shared Frequencies recalls the audience, listening, alienating a portion of itself to identify with the illusionistic representation and simultaneously fusing with the other listeners in the feedback loop of theater. The audience reunites with itself at the end, as the experience is discussed and digested and the performance in this sense continues.

Perverted by Theater includes a live reflection on mimesis at the October 22 opening by members of Trajal Harrell Dance Style, leaving a residue of the performance as part of the exhibition. Kabir Carter performs live at apexart on November 1. On November 2, Monkeytown in Brooklyn hosts a four-channel projection of John Jesurun’s play Snow, concerning a television diva’s on- and off-screen perils. Snow was performed and edited live in 2000.

As Fried later rued, an “onslaught” of “theatrical” art submerged the modernism he defended. It was, however, a theater without theater, careful to avoid theatrical conventions in order to become art. The material and philosophical innovation of twentieth century visual art (DADA, Futurism, Surrealism, Happenings) propelled the development of avant-garde theater, even as the visual arts inched ever closer to the realm and practices of theater. Important contemporary theater artists (Robert Wilson, John Jesurun, Romeo Castelluci) were trained in visual art. As Hans-Thies Lehmann wrote in his book Postdramatic Theater, because of these influences, concepts from the visual arts drive the forms and meaning of “experimental” theater. Theater has dissolved into dance, performance, movement, video, film, and installation, as theater has been absorbed, deformed and, even by its own practitioners, deemed irrelevant and roundly criticized when examined psychologically, socially, politically, and artistically. How is “theater” defined today? By its relationship to the picture plane, performance space, audience, content, text, art history, media, artistic training, marketing, or the historical repertoire?

Fear of and antagonism toward “theater” persist in today’s curatorial orthodoxy. Witness the Performa biennials and the recent exhibitions The World as a Stage at the Tate Modern and A Theatre without Theatre at the Berardo Collection in Lisbon. Despite the obligatory rhetoric of “transgression” in almost any artist’s statement and gallery press release, theater qua theater remains forbidden in high art culture. This very abject position, however, may offer theater the freedom to be reinvented and find itself possessed of an unexpected power, as Fried suggested, to negate or pervert “art” as we know it.