With the exhibition 'Confidence Men' two of the most important personalities in Polish art meet face-to-face for the first time. Stanislaw Ignacy Witkiewicz, called 'Witkacy' (1885-1939), legendary artist and dramaturge, philosopher, photograph, and enfant terrible of the inter-war polish and international art scenes, is confronted by Jozef Robakowski, an artist of the polish neo-avant-garde of the 60's and 70's, co-creator of Film Form Workshops, and the author of such well known videos as View from my Window and My Video Masochism. White video: Lukasz Jastrubczak, a young multimedia artist who examines the fields of invisibility, disappearance, ephemeral revelation and lunacy. 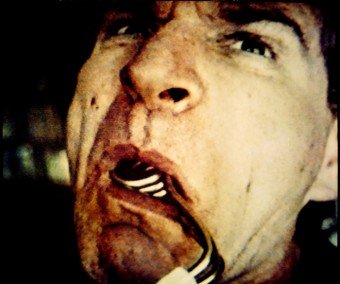 With the exhibition WITKACY–ROBAKOWSKI: Confidence Men at the ZAK | BRANICKA gallery, two of the most important personalities in Polish art meet face-to-face for the first time. Both confidence(con) men, tricksters, swindlers and eternal practical jokers, Stanislaw Ignacy Witkiewicz – called “Witkacy” (1885-1939) – legendary artist, painter, writer and dramaturge, philosopher, photograph, and enfant terrible of the inter-war polish and international art scenes, is confronted by Jozef Robakowski (born 1939), an artist of the polish neo-avant-garde of the 60’s and 70’s, co-creator of “Film Form Workshops, and the author of such well known videos as “View from my Window” and My Video Masochism.

Mystification, parody, self-referential irony and plays with shifting identities are some of today’s more popular artistic phenomena. Only few know that Witkacy was already working with these ideas at the beginning of Twentieth Century. In 1921, he composed his text Manifesto (festo-mani) in which he derided the contemporary trajectory of art and ascertained that the only honest artistic position is a lie. The most beautiful art – and who knows if not the most challenging – is a lie (…) always conscious of itself, are the willfull deceptions, however small, much more so than the unconscious superior lies. Many years later (1988), video artist Jozef Robakowski wrote in his own Manifesto, Manipulate! (I Manipulate!): I am convinced that an artist is a sort of perfidious swindler, a social ulcer, whose vitality is an exact manipulation of his own account…

ZAK | BRANICKA juxtaposes three original series of Witkacy’s photographs from 1931 and 1932, in which the artist poses and assumes different grimacing faces, with Jozef Robakowski’s My Video Masochisms from 1986 and The Astral Photography series that he developed in the 1970’s. Witkacy’s photos are experiments with changing identity, purposeful and conscious humiliation, and self-referential irony that mock the idea of the perceived “Myth of the Artist.” He produced such photographs throughout his entire life, always in series of photographs, most of which were titled so absurdly as, Unknown Photo of Unknown Movie Star, Carfaldo Ricci.

In My Video Masochisms, Robakowski, making contorted faces at the camera, simulates piercing his cheeks with wire, drilling through his ears, and taking an immersion heater into his mouth. Deadpan, the artist plays as though he is suffering through his art and in its name. His contrast with his contemporary movements (eg. Viennese Actionism) and ironic disembowelment of them is a glimpse partially into his nihilism and partially into his absurd sense of humour. Beginning in 1971, the series of hypothetical Astral Photography, provided with such witty titles as Self-Portrait in Absinthe Fumes or An Imaginary Form of a Stomach Ulcer, is a parody of the language of conceptual art.

It is accompanied by a pseudo-scientific tract written based on the agglutination of lies and absurdities regarding a new method of creating photography performed by putting a negative against one’s forehead. Robakowski’s series was inspired by pre-war scientific articles written about spiritual séances. They are all the more interesting in that, during the 1920’s Witkacy participated in more than a few or these séances (he wanted to see his deceased Fiancée, and created a drawing entitled, The Last Astral Trip, 1926), an example of which can be seen in the exhibited photograph of Witkacy wearing a white shirt over his head, pretending to be a phantom.

An exhibition framing both of these exquisite swindlers has long been overdue. Witkacy and Robakowski’s overtly humorous approaches to their work, eternally abnormal and inconvenient in their own times, work today so much more poignantly and at the same time remain fresh and extremely expressive.

Jastrubczak is a young multimedia artist who examines the fields of invisibility, disappearance, ephemeral revelation and lunacy. At the same time as his work is absurd and amusing, it is also deliberate and somber. In White Film, we see Jastrubczak sitting in a white bathrobe with a white square suspended to cover his face (with eyeholes, also square). He is tapping out a beat. Jastrubczak presses an unidentified buzzer into the bottom of an empty white bowl on the table in front of him and taps the table, a white mug, and a pair of scissors with the back of a spoon. In the short video, Jastrubzcak renders himself neutral by shielding his identity and nullifies himself in white. He becomes another white object, like the mug or the table, performing an action and only fulfilling his duty: a white robot.