The Politics of Redistribution

The exhibition will address consequences of neoliberal reality such as inherited poverty, lack of education and the lack of prospects among young people, and the emergence of parallel markets and raise the question of models of sociality or a society of solidarity and what social policy should look like. One model would be that of basic income, as well as self-organized cooperatives, which are developing self-determined communal forms of living and working and practicing new distribution mechanisms. 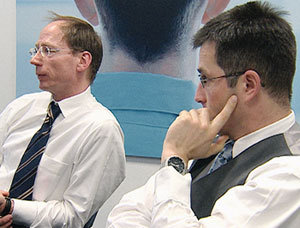 The transformation of the socio-political system over the last twenty years, the neoliberalization of a broad spectrum of political, social and economic areas, and the impact of this and the consequences for society are omnipresent and yet hidden. Increasing poverty as a result of increasing wealth, the withdrawal of solidarity within society, the precarization of living conditions, the impoverishment of the middle classes and dramatic dangers to the livelihood of socially disadvantaged population groups, and the extreme divergence of income opportunities are peddled by government parties and their economic experts as essential measures to implement national austerity concepts to clean up the state budget and as a necessary instrument to increase economic growth. Decreed by neoliberalism, the tasks and benefits of the social welfare state are gradually eliminated. The redistribution of capital – benefiting corporations and shareholders – and the associated new establishment of social inequalities mark everyday life structures. The inflation of the concept of the social has resulted from a constructed necessity of neoliberal action and from constructed fantasies of economic salvation, thus successfully accelerating the dismantling of the welfare state.
The consequences are that the population is depoliticized, abandons solidarity, becomes powerless and impoverished at the symbolic level and the real level, and loses all perspectives at the level of imagination. The dismantling of the welfare state is the declared goal and determines a daily life of social inequality. Tax reductions for corporations, lay offs in favor of share gains, and low wages for more and more working hours produce conditions of inequality and poverty. The state and the middle class become poorer and power relations are shifted in the direction of capital oligarchy.

The dismantling of the welfare state is an objective of right-wing conservative classes, who have succeeded in establishing their political and anti-social program as the mainstream through marketing strategies and media support. Eliminating jobs increases equity capital and wages are cut; realities are created, in which salaries are paid that is not enough to live on and have to be supplemented by the state. At the same time, state benefits primarily support the neoliberal business strategies of corporations and not the workers.
What effect do these changes have within social systems? The most precarious, of course, are the weakest, young people, migrants, single mothers, pensioners and the unemployed, because they either have to pay more or they are affected by reduced benefits. There is an increasing spread of a lack of prospects, a feeling of being overwhelmed, poverty and discrimination, leading to a call for a more equitable social distribution. No one is talking about shorter working hours as a proposal for stimulating redistribution structures, although this would be a crucial factor in combating mass unemployment. In response to a lack of social policy and as an alternative to the capitalist market there are counter-models emerging, such as basic income or self-organized cooperatives or parallel markets restructuring distribution systems.

Consequences of these developments are to be made visible and analyzed in this exhibition within socio-political and private systems. The exhibition will address consequences of neoliberal reality such as inherited poverty, lack of education and the lack of prospects among young people, and the emergence of parallel markets and raise the question of models of sociality or a society of solidarity and what social policy should look like. One model would be that of basic income, which like parallel markets represents a reaction to the failure of mainstream policies and implies a different distribution system, as well as self-organized cooperatives, which are developing self-determined communal forms of living and working and practicing new distribution mechanisms. Or could a shortening of working hours with full wage compensation not end mass unemployment and effect a more equitable distribution of work in terms of shorter full-time work?

Alternative systems of redistribution such as parallel markets, basic income or self-organized cooperatives are to be explored, and the question of sociality to be further examined. How important are concepts such as solidarity, the commons and social action today in the context of society?