Manon has pioneered body and performance art since the 1970s. In her ambivalent depiction of female identity, she deliberately affirms gender roles as well as their subversion. The artist is internationally recognized for radical performances and conceptual photographs in which she addresses the construction of identities. Curated by Gianni Jetzer. 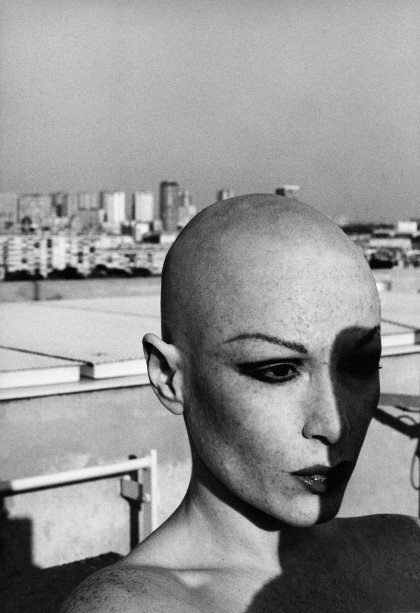 Renowned Swiss artist Manon has pioneered with body and performance art since the 1970s. In her ambivalent depiction of female identity, she deliberately affirms gender roles as well as their subversion. Manon is internationally recognized for her radical performances and conceptual photographs in which she addresses the construction of identities. Her work is concurrent with artists such as Cindy Sherman, Adrian Piper or Hannah Wilke.

Her first appearance as an artist, after having been considered for years as other artist’s muse, was the public release of her intimate environment. The Salmon- Colored Boudoir (1974) is a sensuous collection of furniture, props, drugs, clothes and memorabilia evoking the glamorous thus tormented life of the young artist. In the following year, her performance The End of Lola Montez caused a sensation. Dressed as a dominatrix, Manon exhibited herself in a cage -- an act of endurance for the artist suffering from claustrophobia. In the title, she refers to a historical figure of the 19th century, the highly controversial Lola Montez, whose determination and temper were to become her trademarks.

On the occasion of the retrospective at Swiss Institute, The Salmon-Colored Boudoir and The End of Lola Montez will be exhibited outside Switzerland for the first time.

In 1977 Manon temporarily moved to Paris where she worked on photographic selfportraits in her studio apartment. In a radical act of change, she shaved her head to create the legendary series La dame au crâne rasé (The Lady with the Shaved Head, 1977/78). In addition, the black and white photographic series The Gray Wall or 36 Sleepless Nights (1979) are on view at the Swiss Institute.

After a break between 1983 and 1990 Manon pursued her artistic work to date. Her newest work adds to the visual vocabulary of the last decades and touches the topics of seduction, youth and vanity. In Borderline (2007) the artist shows the potential of colored self-portrayal. She uses blurry views in vivid colors oscillating between lady and vamp, beauty and pathology. In the recent series She Was Once Miss Rimini (2003) the artist enacts the fictitious story of an aging beauty queen. Manon takes on a variety of gender roles, alternating between male and female as she represents potential biographies of one and the same person.

On the occasion of the exhibition, Swiss Institute and Helmhaus Zurich are pleased to release the comprehensive monograph: Manon: A Person. Published by Scheidegger&Spiess the publication covers the entire range of the artist's work, from her first fetish installations to the most recent photographic series. These recent works have not been previously published or exhibited.
Contributors to the catalog include: Jean-Christophe Ammann, Amelia Jones, Jörg Heiser, Brigitte Ulmer and Gianni Jetzer.

This exhibition has been made possible through a special grant from Pro Helvetia, The Swiss Arts Council