The beauty of distance: Songs of Survival in a Precarious Age 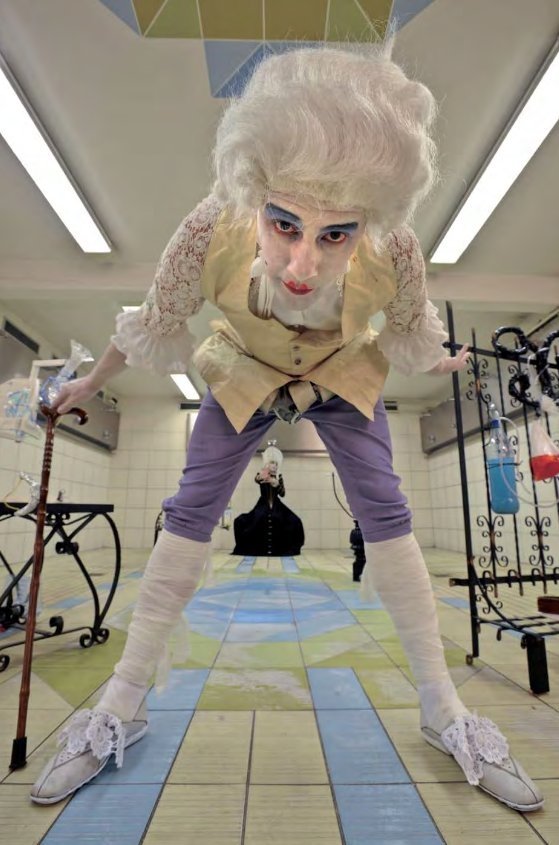 "The beauty of distance: Songs of Survival in a Precarious Age" was today announced by David Elliott, Artistic Director, as the exhibition concept for the 17th Biennale of Sydney, 12 May - 1 August 2010.

Elliott said: 'There is no more suitable stage than Sydney for this exhibition. It will take place against the iconic backdrop of the harbour and Sydney Opera House at the site where British explorers first encountered the local inhabitants. At that time, colonial powers believed western civilisation was invincible and that they had the right to collect and possess universal knowledge. We now recognise such an ambition is both infantile and dangerous.'

Elliott continued: 'In a land that has traditionally regarded distance as a disadvantage, the art specially chosen for this exhibition will celebrate the many different beauties of distance by showing contemporary perspectives from all around the world. It will be an exceptional experience – challenging, but above all enjoyable.'

Since 1973, the Biennale of Sydney has showcased international and Australian contemporary art and is one of the most celebrated and respected biennale exhibitions. The 17th Biennale of Sydney will take place in venues and sites around Sydney Harbour, including Cockatoo Island, Pier 2/3, the Museum of Contemporary Art, Sydney Opera House, Royal Botanic Gardens and Artspace.

Elliott said: 'Distance allows us to be ourselves despite the many capacities we share. We are all the same, yet different, and it is our differences that make us – according to the circumstances – beautiful, terrifying, attractive, boring, sexy, unsettling, fascinating, challenging, funny, stimulating, horrific or even many of these at once. The idea of distance also expresses the condition of art itself. Art is of life, runs parallel to life and is sometimes about life. But for art to be art (a medium of numinous, sometimes symbolic power), it must maintain a distance from life. Without distance, art has no authority and is no longer special.'

The subtitle of the 17th Biennale of Sydney – 'Songs of Survival in a Precarious Age' – is inspired by experimental film maker, anthropologist and musicologist Harry Everett Smith (1923–91), whose compilation of historic recordings, Anthology of American Folk Music, appeared in 1952 at the height of the Korean war and Senator McCarthy's political witch hunts in the USA. A program of concerts, performances and events will coincide with the exhibition.

Elliott remarked: 'Smith's offbeat intuition, integrity, unique sense of popular history, and eye and ear for quality provided inspiration and guidance for generations of future musicians, listeners and artists. The breadth of Smith's interests and his commitment to all forms of art – from abstract films, to folk music, blues and Native American dance rituals – are a guiding example I have followed in conceiving this Biennale. I have also tried to reflect his political belief that creativity – and the honesty that it demands – is the liberating birthright of us all.'

Marah Braye, Chief Executive Officer, Biennale of Sydney commented: 'David Elliott's inspiring talent and passion will deliver a groundbreaking Biennale and demonstrate the vibrancy and importance of contemporary art. Its impact will be resounding – for Australian and international artists and visitors alike.'

Braye continued: 'The Biennale of Sydney consistently meets the challenge of presenting engaging contemporary art to the broadest possible audience. The exhibition and public programs are free and have time and again provided inspirational and visionary art to Sydney and (inter)national audiences.'

Cockatoo Island
In 2010 the Biennale will again take over Cockatoo Island – the largest island in Sydney Harbour and Australia’s most unusual urban park. A former prison and shipyard, Cockatoo retains many remnants of its past. Its prison buildings have been nominated for World Heritage listing, along with other convict sites around Australia.
http://www.cockatooisland.gov.au

Pier 2/3
Pier 2/3 was built in the early 1900s and is located in Sydney’s historic waterfront precinct Walsh Bay. It is also Sydney’s last wharf structure in its original state. Since the Biennale of Sydney first used the Pier in 1986, it has become a major venue for the exhibition. Its well-earned reputation as an engaging non-museum space and exciting venue for contemporary culture will be underscored by the 17th Biennale of Sydney exhibition.
Museum of Contemporary Art
The Museum of Contemporary Art is Australia’s only museum dedicated to collecting and exhibiting the work of contemporary artists. Located on Sydney’s iconic Circular Quay in a striking architectural building, the MCA presents a dynamic program of exhibitions and events that explores the latest international and Australian contemporary art.
http://www.mca.com.au

Artspace
As Australia’s leading international residency-based contemporary art centre, Artspace is both the key hub of the contemporary art community in Sydney, fostering dialogue between local artists, writers and curators and their national and overseas counterparts, and an evolving entity that connects with artists, audiences and ideas in an expanding range of sites regionally and globally.
http://www.artspace.org.au

Sydney Opera House
Sydney Opera House was the inaugural venue for the first Biennale of Sydney in 1973 when we participated as part of the opening celebrations. A World Heritage Listed architectural icon, Sydney Opera House is one of the world’s busiest performing arts centres. More than 1600 performances a year feature everything from ballet, opera, drama and symphonic music, through to outstanding contemporary music, comedy, cabaret, dance, theatre, physical theatre, exhibitions and late-night events.
http://www.sydneyoperahouse.com

Royal Botanic Gardens
The Palm Grove is home to one of the world’s finest collections of palms. The architecturally stunning Sydney Tropical Centre, a giant glass pyramid beside a series of arc shaped glasshouses, houses some of the rarest and weirdest plants on the planet. The rich Aboriginal heritage of the Gardens is on display in the Cadi Jam Ora: First Encounters garden. During the Biennale, the Camellia Garden will be in dazzling winter flower.
http://www.rbgsyd.nsw.gov.au

The Biennale of Sydney gratefully acknowledges the generous support of the many organisations and individuals that make the exhibition and its programs possible.