80th Anniversary exhibition of Kunsthalle Helsinki. Concrete and psychological, real and imaginary limits are stretched as artists from all over Europe test the rules and restrictions imposed by society, while also pushing their own boundaries. Most of the artists featured in the exhibition live and work in different cultures, outside their native country. Many have personal and even dramatic experiences of changes that are taking place in our continent, experiences that are filtered and distilled into powerful and sensitive works of art. Among the artists: Maja Bajevic, Breda Beban, Botto e Bruno, Christiaan Bastiaans, Via Lewandowsky , Ulf Rollof, Paola Pivi... 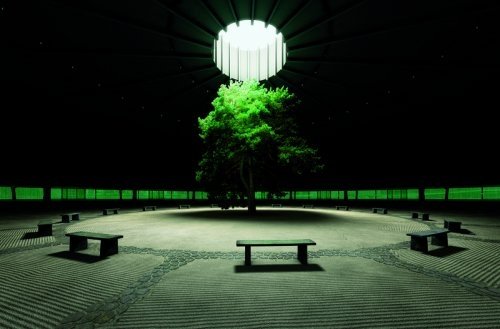 Kunsthalle Helsinki brings the hottest contemporary artists in Continental Europe to Finland. Maja Bajevic, Breda Beban, Botto e Bruno, Christiaan Bastiaans, Via Lewandowsky , Ulf Rollof and Paola Pivi are all artists whose work has amazed audiences at the Venice Biennale in recent years, and whose work has not been presented in Finland before.

Concrete and psychological, real and imaginary limits are stretched as artists from all over Europe test the rules and restrictions imposed by society, while also pushing their own boundaries. Most of the artists featured in the exhibition live and work in different cultures, outside their native country. Many have personal and even dramatic experiences of changes that are taking place in our continent, experiences that are filtered and distilled into powerful and sensitive works of art.

Work to be featured in the exhibition will take art to the end of construction cranes, into syringes; national identities will be thrown into the washing machine. The works are either entirely new or previously unseen in Finland, and will include installations, videos and audio works. The stories, dreams and future visions of contemporary Europe presented in the show will explore how meanings shift when borders change.

The audience will have an opportunity to meet the artists and talk to them about borders and beyond in a panel discussion on Thursday 15 October 2009. The curators of the exhibition are art historian, Professor Agnes Kohlmeyer from the Faculty of Design and Arts of the IUAV University in Venice, and Director of Kunsthalle Helsinki Maija Koskinen. The curators' assistant is Suvi Saloniemi.

Artists in the Exhibition

Le Voyage, a video installation by the Bosnian-French artist Maja Bajevic (b. 1967), follows a journey of migration from Morocco to Europe. The shaky picture of the hand-held camera is mixed with short shots of the film Casablanca with Arabian subtitles. The references to the Hollywood movie represent hope and dreams, which in reality often end in uncertainty, loss of identity and even life-threatening situations.

Christiaan Bastiaans (b. 1951) is an artist who investigates the human condition in his work. His world is an allegory of post-capitalism and the struggle for power over the human body. To understand human existence, Bastiaans searches out situations and places where life meets death and beauty meets horror. Transsexual Madonna is a young Thai transsexual, a person of the third gender, depicted in a dress of gauge. The child in the video work Spirit Child seems to embody corruption, innocence and serenity, all at the same time.

Breda Beban's (b. 1952) video installation The Most Beautiful Woman in Gucha captures an erotically charged encounter with a belly dancer and a young man at a festival of Gypsy music in Serbia. Beban's works blend fiction with documentary, moving around the edges of politics, geography and great love stories. They depict events when power is momentarily dislocated.

According to the artist duo Botto & Bruno (b. 1963 and 1966), one can find real life only in the outskirts of cities, because it is there that the important issues and problems of contemporary life are born. The installation covered by hand-made collages reflect urban 'non-places', industrial districts and suburbs and their subcultures.

Kalle Hamm (b. 1969) and Dzamil Kamanger (b. 1948) explore borders in a very concrete way in their art. Kamanger's works present four different travel documents: passports of the European Union and of Iran, the travel document of a refugee and an alien's passport. Hamm documents the everyday life of refugees living in Finland: how to wash official stamps off your passport.

IC-98, founded in 1998, uses digital animation to investigate the ancient theory of the body politic. On the one hand, the viewer sees a lyrical and meditative picture of a slowly changing landscape that is produced on the basis of extraordinarily detailed pencil drawings. Classical theory and ageless landscape blend with modern animation technology. The works of Job Koelewijn (b. 1962) could be described as social sculptures in which the conceptual meets with tangibility. Koelewijn likes to combine poetry and texts with visuality, and to use materials that appeal to our sense of touch, smell and taste. The laborious work Mandala in the Kunsthalle is a colourful, metaphysical symbol of the cosmos.

Via Lewandowsky (b. 1963) works in a conceptual and often site-specific way. One of the themes of Lewandowsky's work is a critical examinations of the history of Germany. Currently he focuses on the world of art and of museums, and the tradition of presentation associated with them. What A Pity is an installation consisting of up to 50 scorched pedestals. Its message is one of disappearance, lack and breaking conventional boundaries.

Ayumi Matsuzaka (b. 1978) and Piia Salmi (b. 1973) spent last July in an artist residence in Suomenlinna in Helsinki. The result is two very different works: Salmi took nightly walks to the shore, the extremities of the island, where she read aloud books borrowed from the library. Matsuzaka took the same tour of the Suomenlinna fortress every day, trying to experience genuine surprise. Both artists explore the fleeting line between everyday experience and a work of art.

Anu Pennanen (b. 1975) is a Finnish artist working in Berlin and Paris. Her work in the Kunsthalle is a new video installation in a series about life in Les Halles in Paris. The work consist of interpretations of the historical centre of trade and meeting place of immigrants and Parisians that after decades is once again changing. Working site-specifically and collaboratively, Anu Pennanen creates works that show the impact of urban architecture and modernisation on the individual.

Paola Pivi (b. 1971) puts familiar objects into unusual contexts, and confuses the viewers by putting them into unforeseeable situations, thus challenging cultural and social customs. Pivi's brand new work in the Kunsthalle is a ten-metre-long drawing that depicts an aircraft and its passangers, turned upside down.

Ulf Rollof's (b. 1961) central theme is the relationship between nature and technology. He is interested in the opposition of mechanical and organic, bestial and human, rational and intuitive. In his studio, Rollof produces physical prototypes of a new lifestyle and thinking, such as the gigantic, nearly magical and ambiguous syringe now seen in the Kunsthalle. Also this work is on view for the very first time.

Johannes Vogl (b. 1981) is like Gyro Gearloose from the Disney comics. His grandfather was an inventor, and inspired Vogl to test the boundaries of physics in his art. Vogl's light works will be hoisted up at the end of construction cranes to delight passers-by during the darkest time of the year.

The exhibition catalogue will be published online at the Kunsthalle website. The writers are curators Agnes Kohlmeyer and Maija Koskinen, Suvi Saloniemi and BA Päivi Mustola.