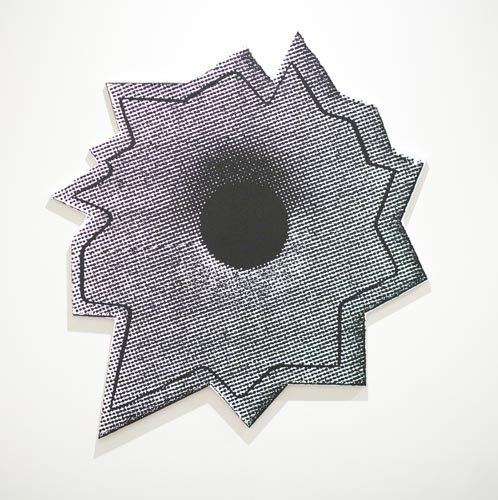 The Astrup Fearnley Museum of Modern Art has the honour and privilege to be the first museum to present a solo exhibition of works by Nate Lowman (b. 1979). Lowman has, in the course of the last few years, distinguished himself as a significant international artist.

Nate Lowman moves within the American art world, and consumer and media society more generally, continuously rearranging the visual signifiers he encounters. He gathers the raw materials for his art from the news, popular media and art history and reconditions them through his own reading, thoughts and feelings. Images of famous and ordinary people, including his own relatives, coexist in his art works, and create personal narratives of individuals and events. He then lets these narratives flow, allowing one signifier to slip to another, creating a multiplicity of possibilities and a rich, open-ended story. It’s an art of selecting, curating, orchestrating, manipulating. Nate Lowman's works mirror contemporary American society.

That Lowman is deeply indebted to the work of Duchamp, Warhol, Prince and Noland is apparent through his incessant appropriation of everyday objects and images. But Lowman is not merely interested in exhibiting the 'ready-made' and creating simulacra of popular culture, as the avant-garde did in the 1960's and '70's, or in the postmodern obsession with the disappearance of authenticity and authorship. In contrast to his predecessors, Lowman is first and foremost preoccupied with narratives and story-telling. Speaking in first person, he invokes real-life stories and offers his own opinion about the people and events within them. Fragments from the media and art historical references become equal constructional elements in his subjective narratives. As all narratives are related to time, notions of time and duration are invariably major elements within Lowman's work. The inclusion of imagery from different times and contexts in many of his works open up non-linear sequences of reading and invite viewers' to form an individual sense of temporality.

Lowman typically initiates the story-telling with one or more signifiers. These may be signs, words or images and are often drawn from stories circulating in the media -- both recent news and out-of-date events. The amalgamation of images and signs stirs up a wealth of connotations, sometimes surprisingly emotional in nature, and as more and more connotations come into play, the starting point is either reinforced or abandoned. The same images sometimes re-appear throughout different works creating junctions and synergies, and even a mysterious unity beyond the individual works. In Lowman’s vast mural-collages there is neither linearity nor any guide as how to read them, except for the hints provided by the titles. He does not allow a hierarchy of importance or for one single iconic image to dominate and center the viewer's attention. Instead it’s the interrelationship between the different images that counts, and meaning is created by moving one's gaze from one image to another. It’s like a patchwork where images are treated on an equal basis. There is no desire to create spectacular constructions: while initiating a basic story, Lowman's layered narrative structures are left open to be completed by the viewer, not the artist. There is always a real space for the beholder.

Lowman displays a stronger, clearer political commitment than most artists' of the previous generation. An acute sense of injustice often reveals itself in the layered narratives. There is no innocence or ambiguity in these works, noticeable both from his manner of presenting the images and from their content. But the overall mood is rarely an outrageous one, rather one of sadness or pessimism, mixed with sarcasm and dark humor. In fact one can say that the aesthetic, formal aspects of the works introduce a perception of darkness and melancholia more than inciting anger.

For this exhibition we are including significant early works such as ’The Young and the Restless’ (2004), ‘Peace Love O.J.’ (2005) and ‘Oil Rigs’ (2005), as well as more recent works like ‘Happy Endings’ (2009) and ‘Act Natural’ (2009). A number of the works, like the installation ‘Pump Dump’ (2009) and several paintings have not previously been exhibited. The selection includes sculpture, installations and collages.