Living Pictures and Attitudes in Photography, Film, and Video. Tableaux vivants are an art form in their own right, shifting between the theatrical and the pictorial, between performance and silence, history and vivid presence. They reflect and interpret classical art works in physical terms for contemporary audiences. Tableaux vivants are, as it were, a corporeal appropriation of art history, which keeps traditional images alive through a permanent process of transformation. Curators: Sabine Folie, Michael Glasmeier. 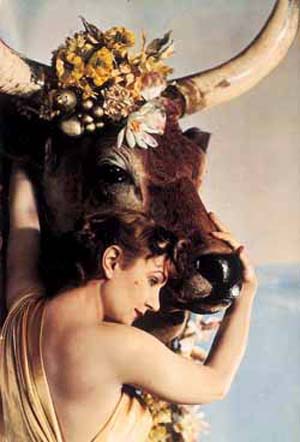 Tableaux vivants (living pictures), re-enacted paintings and sculptures, both historical and contemporary, have become a staple motif in the daily flood of images: in the movies, in videos and in fashion photography, in the star-system and in politics we find a rich abundance of well-known poses, which keep the game of changing identities alive and kicking. Even if we do not straight away recognise the original model, upon which the staged images are based, they are, nevertheless, ever-present -- be it in the case of Madonna, who even picked her pseudonym with strategic regard to such antecedents, or in the case of most politicians, who align their body language, whether consciously or not, according to classic patterns of image programming.

Tableaux vivants are an art form in their own right, shifting between the theatrical and the pictorial, between performance and silence, history and vivid presence. They reflect and interpret classical art works in physical terms for contemporary audiences. Tableaux vivants are, as it were, a corporeal appropriation of art history, which keeps traditional images alive through a permanent process of transformation. Poised somewhere between performance and static immobility, these living pictures have become the ideal medium of an art that reflects upon itself and its own history. In the fast-paced rush and sweep of the media they, once again, direct the gaze towards the gesture, towards physiognomies, towards guises and disguises. They demonstrate human activity precisely because the people in them remain standing still.

Taking its cue from thirty-five artists, the exhibition displays for the first time the development of tableaux vivants and attitudes since the 19th Century and points out their significance for the history of art and the media: embarking on a multi-faceted, colourful, political and above all ironic journey through the more recent history of art until today.

Dating back to classical antiquity, tableaux vivants were later integrated, as political and evocative imagery, in the festive pageants of the Renaissance and Baroque periods and, ever since the Middle Ages, in Catholic liturgical processions, mainly in Southern Europe and Latin America, before they eventually came to serve late 18th Century bourgeois ascendancy. In this enlightened era, tableaux vivants and their related form, referred to as 'attitudes', became, as physical representations or re-enactments of artworks and their specific atmospheres, a popular party game in private circles. Since the 19th Century they have become a point of interest to photographers. Members of bourgeois society and artists alike enjoyed having their photos taken in the well-known postures and with the props shown in the masterpieces of art history, e.g. in works by Raphael, Guido Reni, or Nicolas Poussin.
In contrast to these almost official tableaux vivants the artistic ones were more private, more experimental. This is a development which can be clearly traced in the history of photography. Whereas the middle classes in the 19th Century had their likenesses taken in hackneyed poses, photographers like Julia Margaret Cameron or D. W. Wynfiled would transform their subjects into melancholy birds of paradise in search of beauty.

In the 20th Century tableaux vivants initially emerged as a form of attack on bourgeois concepts of what constituted a masterpiece, and also as a pictorial reservoir for the surrealists (Marcel Duchamp, Man Ray, RenÃ© Magritte). In the 60's and 70's they symbolised the conflict between art and the quotidian (Piero Manzoni, Gilbert & George). They enhanced the staging of one's own bodily presence (Cindy Sherman, Bruce McLean, Arnulf Rainer). In feminist art, they physically expressed subversively problem-oriented attitudes to femininity (Eleanor Antin, Valie Export, Hannah Wilke). Finally, since the 80's, they have been developed further in the course of post-modern theories and questions of identity into all sorts of directions, ranging from criticism through memorial work right up to parody (Hiroshi Sugimoto, Jeroen de Rijke and Willem de Rooij).

The structure of visualisation inherent in the tableau vivant proves to be a productive one for artists. With photography, film and video joining the fray, the medium is transformed from a purely imitative pose to a creative act. Pier Paolo Pasolini's short film "La Ricotta" (1962), which is being shown in the exhibition, is a masterwork, bringing together as it does the intentions of the tableau vivant one final time and transferring them to the criticism of art and society.