The exhibition explores the fusion of black cultures with other cultures from around the Atlantic and its impact on art from the early twentieth century to the present. It reflects on the notion of the Atlantic Ocean as a 'continent in negative', a network of cultures connecting Africa, North and South America, the Caribbean and Europe, and traces the real and imagined journeys across the Atlantic from 1909 to today. The show features over 140 works by more than 60 artists including Romare Bearden, Constantin Brancusi, Edward Burra, Renee Cox, Aaron Douglas, Walker Evans, Ellen Gallagher, David Hammons, Isaac Julien... 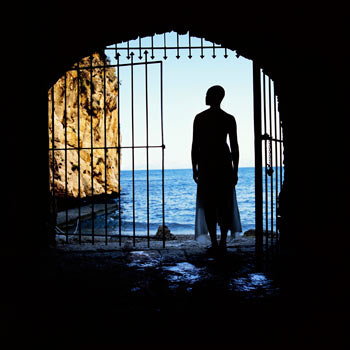 Afro Modern: Journeys through the Black Atlantic takes its inspiration from Paul Gilroy's seminal book The Black Atlantic: Modernity and Double Consciousness (1993). The exhibition is the first to trace in depth the impact of different black cultures from around the Atlantic on art from the early twentieth century to today. From the influences of African art on the modernist forms of artists like Picasso, to the work of contemporary artists such as Ellen Gallagher, Chris Ofili and Kara Walker, the exhibition will reflect how artists around the Atlantic have claimed the language of Modernism in diverse ways, as a powerful tool to explore, formulate and assert their own identity.

In 1993 Paul Gilroy coined the term 'The Black Atlantic' to describe the fusion of black cultures with other cultures from around the Atlantic. His book had an enormous impact on how black culture has been perceived and discussed within the field of cultural studies, stimulating ongoing critical debates. Afro Modern: Journeys through the Black Atlantic reflects this idea of the Atlantic Ocean as a 'continent in negative', a network of surrounding and interconnecting cultures spanning Africa, North and South America, the Caribbean and Europe, and traces the real and imaginary routes taken by artists across the Atlantic from 1909 to today.

Liverpool's location as a gateway to the Atlantic, and the history and legacy of its involvement in slavery, makes this exploration of Black Atlantic culture pertinent to the city and Gallery. The dispersal of people of black African descent – many forcibly displaced by the slave trade – had a profound impact on art and culture that has been frequently overlooked or diminished. The exhibition is divided into chronological chapters, ranging from early twentieth century avant-garde movements such as the Harlem Renaissance to current debates around 'Post-Black' art. It opens up an alternative transatlantic reading of Modernism and its impact on contemporary culture for a new generation and places the work of a wide range of artists in juxtaposition. Afro Modern: Journeys through the Black Atlantic features work by artists including Romare Bearden, Constantin Brancusi, Edward Burra, Renee Cox, Aaron Douglas, Walker Evans, Ellen Gallagher, David Hammons, Isaac Julien, Wifredo Lam, Jacob Lawrence, Norman Lewis, Glenn Ligon, Ronald Moody, Wangechi Mutu, Uche Okeke, Pablo Picasso, Keith Piper, Tracey Rose and Kara Walker.

Afro Modern: Journeys through the Black Atlantic has been conceived and developed by Tanya Barson, Curator of International Art at Tate Modern and is curated by Tanya Barson and Peter Gorschlüter, Head of Exhibitions and Displays at Tate Liverpool. The exhibition will be accompanied by a fully illustrated catalogue with essays by recognised scholars in the field: Petrine Archer-Straw, Roberto Conduru, Huey Copeland, Manthia Diawara, Courtney J. Martin and Kobena Mercer.

Afro Modern: Journeys through the Black Atlantic is part of Liverpool and the Black Atlantic, a series of exhibitions and events that explores connections between cultures and continents. Partners include the Bluecoat, FACT (Foundation for Art and Creative Technology), International Slavery Museum, Metal, Tate Liverpool, Walker Art Gallery, and the University of Liverpool.

Supported by:
Liverpool City Council
With additional funding from Tate International Council, Tate Liverpool Members, The Granada Foundation, The Embassy of the United States in London and The Romanian Cultural Institute in London