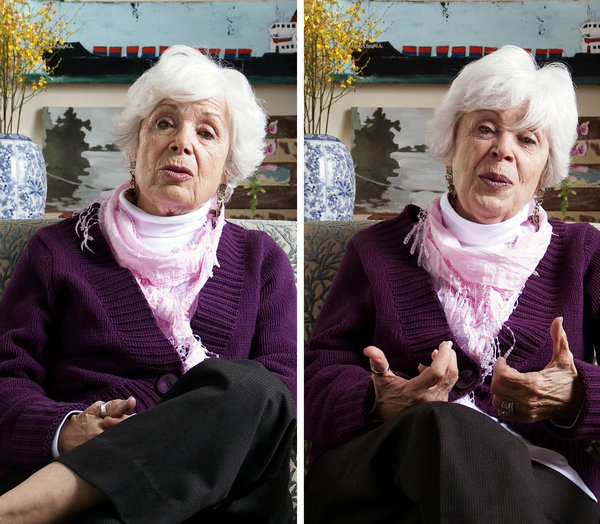 largely on creating multi-channel video installations since 1999, her approach Web to the moving image grows out of an earlier body of photographic work, in which she made extensive use of photomontage and cut-and-paste strategies. In composing her multi-channel video installations, Breitz deploys both freshly shot footage and material drawn from familiar films, modifying her source material digitally in the working. Amongst other themes, Breitz’s video oeuvre reflects critically on the narrative structure of Hollywood cinema, the counter-projections of fans and their idols, and the challenges posed to the individual and individuality within contemporary media culture.

The Kunsthaus Bregenz presents a selection of Breitz’s best known video installations as well as several new works that have never been shown in Europe before: Working Class Hero (A Portrait of John Lennon), 2006; Him + Her, 1968 –2008; and five double por traits from the new series Factum, 2009. The premiere of the video installation New York, New York, 2009, created especially for the exhibition as a co-production between Performa 09 and the KUB, is a special highlight of the exhibition.

New York, New York grows out of and includes documentation of Breitz’s first foray into directing live theatrical performance. On 12 and 13 November 2009, Breitz directed two evenings of improvised performance at the Abrons Arts Center in New York. Each evening featured two nearly identical casts composed of four pairs of identical twins, with each pair of twins split between the two casts of four actors. The live performances grew out of intensive character development sessions during which each pair of siblings was invited to create a character between them that both would be willing to play on stage, albeit in a separate cast. New York, New York shifts the probing of sameness and difference that has been central to Breitz’s video- based work into the space of live performance, bringing her interest in what she has called “the scripted life” together with an ongoing reflection on the fragile condition of individuality. For the first time, the work will be presented at the KUB in the form of a two-part video installation. While the first part is comprised of four short films that document each of the four character development sessions, the second part of the installation consists of two projections that are experienced parallel to one another, evoking stereoscopic vision as they document each of the separate casts responding to the improvisational challenge of taking their characters live on stage.

The Factum series, out of which New York, New York stems, deals with identity in relation to the social tendency to fetishize uniqueness and individuality. The artist conducted lengthy, in-depth interviews with several pairs of identical twins on camera during the summer of 2009. Named after a pair of near-identical paintings by Robert Rauschenberg (Factum I and Factum II, both 1957), Breitz’s Factum consists of sophisticated portraits of each pair of identical twins, edited out of their own self-narrations. Breitz interviewed each sibling separately about his or her life, asking each the same set of questions, before subtly weaving the two interviews together to reflect on the similarities and differences that characterize each pair. Each pair of twins appears side by side on matching monitors.

Staging a conversation between 23 Jack Nicholsons extracted from films made by the actor over a period of 40 years, Him unfolds a schizophrenic, kaleidoscopic set of interactions between Jack and himself. While the range of characters in Him struggle with issues of self-definition and sexual performance, the self-worth of the female characters in Her, a dialogue between 28 Meryl Streeps, is primarily determined by their relationships to the men in their lives. The work explores the mainstream effect of pop culture in terms of mythos, idol, and projection.

The fourth part in a series portraying pop legends such as Bob Marley, Madonna, and Michael Jackson, Working Class Hero (A Portrait of John Lennon) offered 25 dedicated fans of John Lennon the chance to re-perform Lennon’s first solo album John Lennon/ Plastic Ono Band (1970), on which he explored traumatic childhood memories during a period when he was undergoing primal therapy. Lennon screams out his anger and despair, as do some of the 25 fans singing after him. Collectively, the fans merge to form a 25-headed a cappella choir, each performing his or her own interpretation of the original album. With a duration of nearly forty minutes (matching the duration of the original album by Lennon), Working Class Hero is presented across 25 plasma displays in a continuous loop. Breitz’s portrayal of music fans both confirms and disrupts fixed notions about the figure of the fan in today's society, exploring the extent to which individual expression may or may not be possible ́within contemporary mass culture.

The artist holds degrees from the University of the Witwatersrand (Johannesburg), the University of Chicago, and Columbia University (New York). She has participated in several biennials and shown her work in numerous group and solo exhibitions all over the world. Breitz lives and works in Berlin and is a tenured professor at the University of Fine Arts in Braunschweig.

KUB Publications
Identity formation and media life – two dominant and recurring themes in the work of Candice Breitz – form the leitmotif of the artist’s solo show Candice Breitz: The Scripted Life at the Kunsthaus Bregenz, where major existing works will be shown alongside more recent installations, including New York, New York, a new piece co-commissioned by the Kunsthaus Bregenz with Performa 09. Throughout her early work in photography and collage, and continuing to her sophisticated video installations, the Berlin-based South African artist has consistently examined and dissected mass media and popular culture, role play and gender construction, language and fragmentation, reforming and appropriating them to shape her artistic vocabulary.

Essays by Beatrice von Bismarck, Colin Richards and Okwui Enwezor will address various aspects of Breitz’s oeuvre to form the scholarly backbone of this catalogue raisonné of the artist’s film and video works. Each work is introduced individually with a text by Edgar Schmitz, making this catalogue with excellent images and an extensive, carefully compiled appendix the most inclusive and comprehensive publication on the work of Candice Breitz yet.