Morality is an assemblage of interconnected projects that incorporates a changing constellation of 5 exhibitions, a discursive web platform, film program, performance cycle, symposium and book. 'I Could Live in Africa' is Act IV of the year-long program and explores the mood shared by the "new wild" artists and the music subcultures (punk, new wave, reggae) in 1980s communist Poland. 'Power Alone' presents a series of hypothetical scenarios on power's withdrawal from class, gender, race and its inscription in two opposing forms. A work by Isa Genzken which aim to re-imagine and re-negotiate the limits of public engagement with the institution. 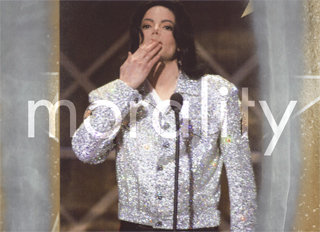 Witte de With is pleased to present Morality. From the Fall of 2009 until the Summer of 2010, Morality will be the leitmotiv for an assemblage of interconnected projects that have been divided into several acts. They include five interrelated group exhibitions featuring over fifty international artists, a symposium, a film cycle, a performance program, a web platform and a book.
Parallel to this, Witte de With and SKOR (Foundation Art and Public Space) will commission four interventions on Witte de With’s façade.
Morality is one of those inflammatory topics, often evoked as being in crisis, about which everybody and every society has an opinion. From the playground to the battlefield, it shapes both thinking and behaviour. This project looks at morality as a total concept through the filter of different art forms. It does not seek to label art or individual artists as being "moral" (or indeed "immoral"). Nevertheless, some of the works presented at Witte de With tackle moral issues head-on. Others provide a more oblique commentary on morally-charged situations. As a multifaceted program, Morality seeks to create a space for discussion in our increasingly polarized and moralistic world.

I Could Live in Africa
The fourth act in the year-long project Morality, organised by Witte de With.

It is the first exhibition of Morality that looks at the past and highlights the attitude of artists, choosing to be active as groups rather than individuals, with the aim of resisting an hermetic, authoritarian social and political system. The exhibition presents a variety of practices emblematic of a hidden movement that was driven by the need to open a different space from the moral and aesthetic cultural standards prevailing in Poland under and after martial law (December 13, 1981 to July 22, 1983).

Borrowing its title from Dutch filmmaker Jacques de Koning's documentary on the Polish post-punk and reggae band Izrael, I Could Live in Africa explores the mood shared by the "new wild" artists and the music subcultures (punk, new wave, reggae) in 1980s communist Poland. Determined by a gloomy political and economic context, this mood translated into an eruption of subcultures that managed to circumvent both the limited means of production and the monopoly the ruling regime over publishing and recording. These subcultures thrived against a background of police brutality, closed borders, empty shops, and frequent power shortages. Their aesthetic weapons included anti-regime stencils and graffiti, safety pins, wildly expressive and ?primitive? forms, assemblages of waste and detritus, collages, concerts that turned into ecstatic group rituals, opening receptions that morphed into improvised happenings, and zines. Though the times were hardly "funny", these cultural manifestations were infused with humour, openly sneering at the system and contemptuous of totalitarian propaganda, the lack of democracy, the naivety of mass media, the Church, and cultural hypocrisy in general.

While the punk movement of the West was brandishing it?s slogan, ?no future?, the Polish punk artists were deeply invested in a better future.
Far from consuming a trend or criticizing from the premises of capitalism, these artists created not only a resistance to what existed but room to exist differently. Inspired by the Rasta philosophy, which pronounced the fall of Babylon, what drove these artists above all was an impulsive energy and a hunger for freedom.

Curated by Michal Wolinski in collaboration with Nicolaus Schafhausen and Anne-Claire Schmitz.

With thanks to Ursula Blickle Stiftung.

Power Alone is Act V of the year-long program Morality at Witte de With. Like Act IV, I could live in Africa the opening is on Friday 19 February 2010 at 6 p.m. Both exhibitions run until 25 April 2010.

This group exhibition starts from the premise that power operates and is made tangible in the encounter between the general (society, morality, history, gender) and the particular (the individual). Power, as we understand it today, is the moment in which the individual experiences the process of becoming a subject, a member of her or his society through encounters with others and with the law. As power is something that is experienced, it has no aesthetic value in the traditional sense; it is, however, integral to what Jacques Rancire calls "the distribution of the sensible". This is one way in which this exhibition engages with the notion of power.

But Power Alone also proposes a more fictive narrative, linked to the myth of Narcissus, a myth that perhaps represents the desire inherent in the discourses on power. Like Narcissus, the Greek hero renowned for his beauty and for his cruelty towards those who love him, the abstract notion we call power would be condemned to become infatuated with itself, perishing by love with its own semblance. Taking Narcissus as the personification of power, this exhibition presents a series of hypothetical scenarios on power's withdrawal from class, gender, race and its inscription in two opposing forms: the individuated body and the mythological world. The works included engage with the cleft between power as a general force and solitude as a state of mind, between power as the name we give to structures that regulate our everyday lives, and individuated encounters with these structures. The exhibition presents a number of different guises and forms of power, from concrete to abstract, in the socially conditioned world, as in Canan Senol's Exemplary or Mark Boulos' All that is Solid Melts into Air. Works such as Goshka Macuga's On The Nature of the Beast tease power relations out of specific situations; whilst Miki Kratsman's photographs, Ziad Antar's videos, or Luc Tuymans' paintings indicate spaces that can no longer be experienced outside of the structures of power.

Curated by Juan A. Gaitan and Nicolaus Schafhausen, assisted by Amira Gad.

On Friday 19 February, several exhibitions are opening on Witte de Withstraat 50. The same evening, at 8 p.m. TENT. will open a group exhibition titled The People Will Never Be Defeated. More information available on www.tentrotterdam.nl.

Support
Morality is generously supported by the Mondriaan Foundation and SNS REAAL Fonds.

Between You and I

The second intervention, Wind, is a work by German artist Isa Genzken, on view from 20 Feb until 9 May 2010.

Part of Morality, the interventions aim to re-imagine and re-negotiate the limits of public engagement with the institution.
Between You and I strives to open a space to reflect about morality today, inviting an active response by the public concerning the presence of contemporary art in public spaces.

Between You and I will feature interventions by: AES+F, Isa Genzken, Ayse Erkmen and Maider Lopez.

As part of the Morality project Witte de With’s education department has produced an innovative web platform as an extraordinary tool for engaging our audiences in discussions and debate. The web platform is supposed to be the interactive link between a broad public and the other parts of Morality such as five exhibitions, film program, performance cycle, symposium and a book.
http://www.wdw-morality.nl

Image: Between You and I, Intervention II. Isa Genzken, Wind, 2010