An exhibition of 127 multiples, or artists' editions, from 1984 to 2002. Beautiful Productions includes works by a wide range of artists among them, the ground-breaking Surrealist Meret Oppenheim, the influential painter Gerhard Richter and also younger cutting-edge artists such as Vanessa Beecroft, Mariko Mori and Rachel Whiteread. 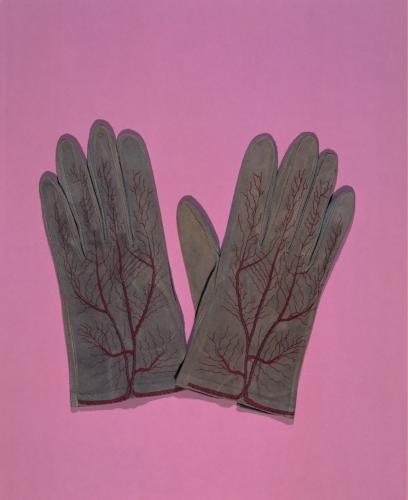 An exhibition of 127 multiples, or artists' editions, from 1984 to 2002, curated by the international art magazine Parkett, opens to the public in the New Galleries at the Irish Museum of Modern Art on Friday 21 June 2002. Beautiful Productions includes works by a wide range of artists among them, the ground-breaking Surrealist Meret Oppenheim, the influential painter Gerhard Richter and also younger cutting-edge artists such as Vanessa Beecroft, Mariko Mori and Rachel Whiteread. The exhibition will include six new works by artists such as Tracey Emin, Gregor Schneider and John Wesley, commissioned over the past year and shown here for the first time.

Over the past 18 years the editors of Parkett have collaborated with 127 artists in the production of an extraordinary array of prints, paintings, page-art projects, photographs, drawings, multiples, videos, DVDs, sound pieces and other inventive formats, available to suscribers in editions. While most are small in scale and imbued with the fascination that comes with miniaturisation, others expand across the space of a billboard or require the walk-around room of a full-size sculpture. The exhibition comprises, in the words of writer Susan Tallman, 'a small museum', or MusÃ©e en Appartement, of editions and works, which gives life to the idea, first put forward in various forms in the 1960s, of an artwork that 'climbs down off its pedestal and wanders out into the world'.

Many of the early editions, such as the beautifully-printed etchings by Eric Fischl, Markus Raetz and Georg Baselitz were bound into the magazine, in the manner of older European high-art publications, while Robert Wilson's A Letter to Queen Victoria opens out into a storyboard. Other artists opted for a looser attachment. Gilbert & George, for whom stiff adherence to form is a signature style, produced a stiff, double self-portrait that can be tucked into the magazine or stood on the mantelpiece. Jeff Koons and Felix Gonzalez-Torres both produced collapsible editions; Koons made an inflatable Balloon Flower 5ft in diameter, while Gonzalez-Torres created a billboard broken into 8 sheets.

Ilya Kabakov's two Kafka-esque scenarios are scaled down to housefly size (plaster fly included) and Sam Taylor-Wood uses a panoramic camera to shrink her work while keeping context intact. Several editions can be worn, including Meret Oppenheim's veined gloves, Rirkrit Tiravanija's eyeglasses and a tie by Sophie Calle. However, these are no mere equivalents of the museum's-shop silk scarf, rather a parasitic game in which the wearer acts as host for the artist's projects.

Commenting on the exhibition, Brenda McParland, IMMA's Head of Exhibition said: 'The exhibition provides an opportunity not only to celebrate the remarkably diverse art of our own time, but also to highlight the creative forces at work in this innovative publishing venture. A concise survey of contemporary art unfolds.'

Since its inception in 1984, Parkett has enlisted approximately 550 writers, as well as artist'collaborators in its projects; and 12,000 copies of the magazine are printed quarterly. Beautiful Productions has been exhibited at MoMA, New York, and the Whitechapel Art Gallery, London.

Dieter von Graffenried, publisher of Parkett, will present a lecture on Parkett and its Artists' Editions on Friday 21 June at 11.30am. Booking essential.

The exhibition is catalogued by a set of full colour postcards of the works in the exhibition, with an introduction by Dieter von Graffenreid and texts by Deborah Wye, Chief Curator, Department of Prints and Illustrated Books, MoMA, New York, and by writer Susan Tallman (price euro 27.00).