With a new display of its collections, the Centre is presenting a fresh overview of modern art. This exhibition contains an exceptional selection of over 1,000 works by 400 artists from 47 countries. It covers all fields of creation including the plastic arts, photography, film, architecture and design. 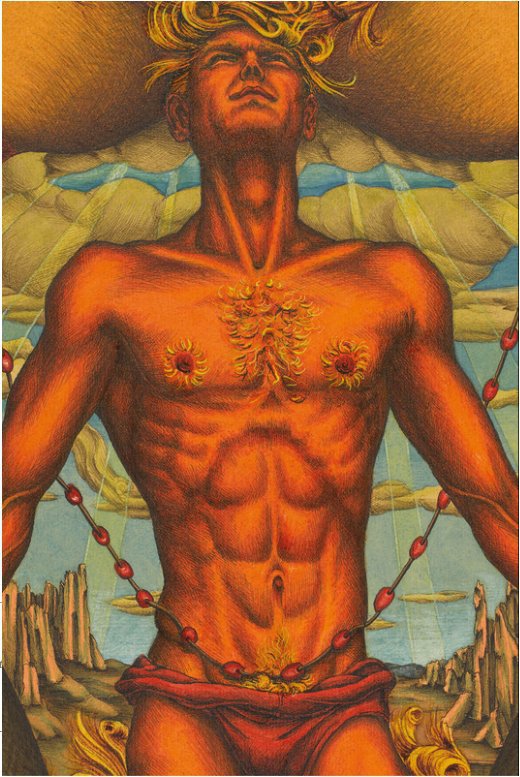 With a new display of its collections, the Centre Pompidou is presenting a fresh overview of modern art from 1905 to 1970. This exhibition covers all fields of creation including the plastic arts, photography, film, architecture and design.

Rather than the usual linear viewpoint focused on European movements, it presents a history now extended to include the fringes and outer reaches of art. This new-look journey through the collections is a genuine map of all the connections and cross-influences that have shaped the great adventure of modern art – not to mention movements going against the flow.

« Multiple modernities » is the result of exploratory work carried out by a team of curators and researchers headed by Catherine Grenier, Co-Director of the MNAM/CCI, in charge of research and globalisation. It draws on the often unsuspected riches of the Centre Pompidou’s collections, presenting a new interpretation of the history of modern art.

This global, open-spirited presentation stages unprecedented encounters between the most celebrated masterpieces in the collection – by Matisse, Foujita, Mondrian, Frida Kahlo, Picasso, Kupka and many others – and several unfamiliar works: new acquisitions, donations and pieces brought back into the spotlight for the occasion.

This enriched overview of the history of art opens out to a wide range of countries, immersing visitors in the extraordinary diversity of art forms in the 20th century. Through a presentation shored up by contextual references, « Multiple modernities » evokes the diversity of experiments and artistic worlds explored by the moderns. Several sections of the exhibition thus cast light on artists’ interest in popular arts, modern life and applied arts. The exhibition reveals the sheer variety of the Centre Pompidou collection, one of the world’s most impressive not only in terms of quality, but also because it represents the largest number of countries and artists – a fact not many people know.

This many-faceted history of art includes a large number of women artists whose work has been forgotten or relegated to the sidelines. Featuring alongside well-known figures like Natalia Gontcharova, Sonia Delaunay, Frida Kahlo, Tamara de Lempicka and Alicia Penalba are artists who have never or rarely been exhibited before, like Maria Blanchard, Chana Orloff, Pan Yuliang, Baya and Huguette Caland.

Material from the Kandinsky Library’s remarkable documentary collection elucidates this journey through modern times. Art reviews from every continent are displayed alongside the works, shedding informative light on the tour.

A history of global art
“Plural modernities” is a manifesto-exhibition, presenting a refreshed and broadened view of modern art. The Pompidou Center has delved into its rich and varied collection to present a history of art from a global perspective, for the first time. With a programme of over 1 000 artworks, 400 artists and 41 countries represented, this enriched reinterpretation of the history of art reveals the exceptional diversity of artistic forms created from 1905 to 1970.

Open to various countries in the world and to widely diverse aesthetics, “Plural modernities” illustrates the complex and dynamic relationships between universality and vernacular culture, purity and hybridity, which are present throughout the great adventure of modern art. The exhibition places the works in context, resituating the great masters of the avant-gardes within networks of exchanges and artistic emulation characteristic of this period, which abounded in inventions and challenged the status quo. It is transdisciplinary, showing the junctions and convergences between the various arts : fine arts, photography, cinema, architecture, design... It also outlines the interaction of modern art with traditional practices and non-artistic expressions. It revisits the major movements, as well as more diffuse aesthetic constellations. The first and second schools of Paris, the two privileged moments of cosmopolitan Parisian artistic life, pre- and postwar, are thus reconsidered in the full extent of their diversity. The exhibition is attentive to the various life experiences artists in western and non-western countries have had, and weaves together a common history, while offering historic markers inherent to each artistic context. In order to do so, a new principle of presentation was adopted, founded on a very broad panel of documentation, comprising art magazines from across the globe, placed near the artworks Adopting a historical perspective, the exhibition follows a chronological principle. But it also bears witness to the open and discontinuous temporalities that generate the exchanges and processes of reaction from artists to propositions formulated by the avant-gardes. By confronting the canonical perspective of a linear succession of artistic movements to a history drawn from the margins and peripheries, it substitutes a cartography of connections, transfers, but also resistances, in lieu of the history of influences. The various sections are organised like micro-exhibitions and relate the international fortunes of certain modernist impulsions, such as expressionism, futurism, constructivism and abstractions. But space is also given to local movements born out of a connection to or a reaction against these impulsions. During the 1950-1970s, the exhibition sheds light on transversal themes, like “Totemism” or “Art Brut”, as well as the global constellations that develop around certain aesthetic currents—constructed and informal abstractions, kineticism, and conceptual art.

Modernities are not unified but plural. Beyond its international scope, the exhibition provides also a more open panorama of forms of aesthetic creation. Aesthetics that have up until now been little represented or underestimated are thus taken into consideration. In particular, a wide selection is dedicated to the presentation of the plurality of realisms, especially those developed in Latin American countries, with the Brazilian movement of Anthropophagy and the “Indigenista” currents. It shows the diversity of the Art Deco current, one of the most international of movements, which gave rise to the emergence of many women artists as well as social realisms and antifascist art. The “Magic Realism” camp and its international echoes are represented alongside international surrealism, promoted by the figure of André Breton. In a different register, a number of emblematic works from naïve art and art brut are included in the visit. Finally, the interest of the artists for non-western arts, for popular arts, or for modern life and applied arts, is shown in several sections that reconstitute this “broader vision” characteristic of the modern period.

Attracting artists from across the globe who came in exile or to study, the French arts scene was particularly cosmopolitan up until World War II. The forms that were developed here are widely diverse: the proponents of expressionism, primitivism, cubism, futurism, abstractions, and realisms all crossed paths in the studios of Montmartre and Montparnasse. The 1950-1970s also experienced a significant influx of artists from various regions of the world, and a similar aesthetic diversity. The Pompidou Center collection conserves the testimony of this rich and complex history. It also includes many works from arts scenes that have remained in the shadows until now.The exhibition focuses on showing the international diversity of the most well known movements, as well as presenting rediscoveries. It gives pride of place to the arts scenes of Central Europe, represented both by artists who have lived in France and those who participated in the development of local scenes. These artists’ contributions to constructivism and later to conceptual art is highlighted. The focus is on artists from European countries that have sometimes been neglected, such as Spain, Portugal or Scandinavian countries.
Asian artists will also be showcased, particularly Chinese and Japanese artists. The exhibition also sheds light on the artistic production of artists from the Maghreb and the Middle East, presenting a significant collection of artworks (including recent acquisitions) in various transnational sections, particularly the section devoted to the development of different forms of abstraction in the 1950-1970s.
For the first time, the museum will present a room evoking the various artistic expressions that developed on the African continent during the same period, whose documented history still remains to be written.

International avant-gardes
The desire to provide a universal language, the importance given to collective dynamics, and the development of transnational networks provided favourable conditions for the international dissemination of major modernist impulsions. Expressionism, cubism, futurism, constructivism, dadaism, abstractionism, and later realism and surrealism, gave rise to debates across the globe.
Artistic globalisation broke new ground during the 1910-1940s. The intensification of the circulation of information (particularly encouraged by the creation of a whole host of magazines), the journeys undertaken by the artists, and migrations due to social and political contexts, had a major impact on creation. “Go-betweens” of all kinds, artists, intellectuals and writers, propagated the modern spirit throughout the world. The various artistic propositions caused echoes across countries and cultures, creating original local situations. The latter often manifested a desire for synthesis between the various aesthetics, in a similar manner to the relationship between a universal language and components of local vernacular and identity.

Centre Pompidou
75191 Paris cedex 04
Opening times:
Exhibitions are open from 11.00 am to 9.00 pm every day except Tuesdays
Prices:
€11 - €13, depending on the period
reduced price: €9 - €10 Valid the same day for the Musée National d’Art Moderne and all exhibitions
Free admission for Centre Pompidou members (annual Pass holders)