Art, Culture and Society in 1980s Britain. This was a tumultuous decade, marked by many forms of oppositional politics which had a direct impact on culture. Almost 60 works by artists such as Rita Donagh, Rotimi Fani-Kayode, John Latham, Stephen McKenna, Carl Plackman, Donald Rodney, Jo Spence, and Anne Tallentire. "Hijikata Twist" brings together new works by Richard Hawkins, exploring the ways in which classic Western figurative painting can be interpreted or 'twisted'. 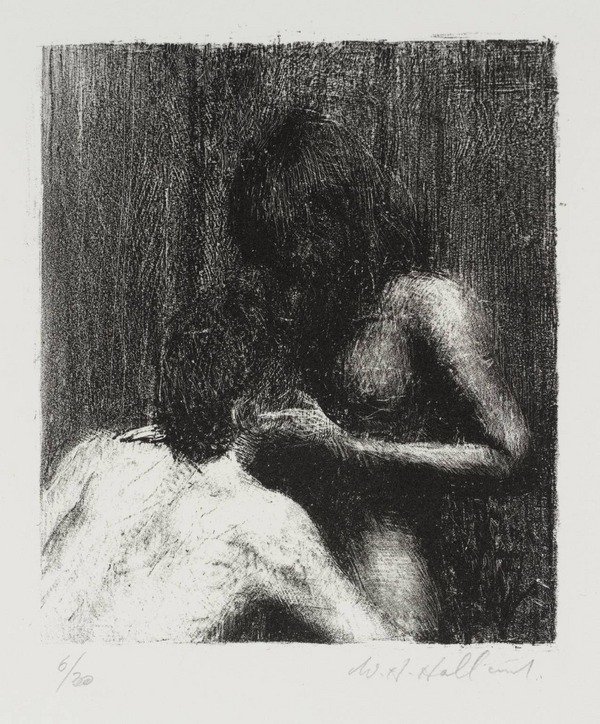 Keywords: Art, Culture and Society in 1980s Britain, is a new take on how the changes in the meaning of words reflect the cultural shifts in our society. This dynamic exhibition takes its name and focus from the seminal 1976 Raymond Williams book on the vocabulary of culture and society.

An academic and critic influenced by the New Left, Williams defined ‘Keywords’ as terms that repeatedly crop up in our discussion of culture and society. His book contains more than 130 short essays on words such as ‘violence’, ‘country’, ‘criticism’, ‘media’, ‘popular’ and ‘exploitation’ providing an account of the word’s current use, its origin and the range of meanings attached to it. Williams expressed the wish some other ‘form of presentation could be devised’ for his book, and this exhibition is one such interpretation.

Keywords focuses on British art from the 1980s. This was a tumultuous decade in Britain, marked by many forms of oppositional politics which had a direct impact on culture – from the miners’ strike, to the Campaign for Nuclear Disarmament, race riots, gay liberation and feminism to an ongoing insurgency against British rule in Northern Ireland. These viewpoints are represented in contrasting forms by a generation of British artists familiar with the ideas that Williams and other cultural theorists were exploring at the time.

In addition to Tate collection works and key loans, a number of artworks are being uniquely re-presented including One for Sorrow Two for Joy 1976, a pioneering performance from Rose Finn-Kelsey, Sunil Gupta’s controversial London Gay Switchboard 1980 and Helen Chadwick’s notorious Carcass 1986.

Central to Keywords has been its public talks programme by major figures from the spheres of art, theory, activism and politics. To date this has included lectures by Linda Bellos on Equality, Douglas Crimp on Theory, Geeta Kapur on Practice, Leo Bersani on Sex and Tony Bennett on Culture. This outstanding line-up continues with Baroness Lola Young on the meanings of the word ‘Ethical’ on Friday 7 March.

Keywords was previously on view at Iniva (the Institute of International Visual Arts), London 27 March – 18 May 2013 ahead of being relocated to Tate Liverpool. The exhibition is organised by Tate Liverpool in collaboration with Iniva, London.

Keep up to date with the latest news from Tate Liverpool by signing up to our monthly ebulletin.

Organised by Tate Liverpool in collaboration with Iniva, London.

Discover the work of contemporary American artist Richard Hawkins in Richard Hawkins: Hijikata Twist, his first museum exhibition in the UK. The exhibition brings together new works by the artist, exploring the ways in which classic Western figurative painting can be interpreted or ‘twisted’ to create ideas far beyond the established ideas of art history.

Since emerging in the early 1990s, Hawkins has developed a complex practice based on the critical juxtaposition of images and ideas. The exhibition presents major mid-century works by figures including Francis Bacon, Jean Dubuffet and Willem de Kooning, revealing their unlikely effect on the work of iconic Japanese artist Tatsumi Hijikata (1928–1986). New works by Richard Hawkins continue this journey, proposing further connections between art-forms while revealing the influence of Hijikata’s work on Hawkins’ own art.

Richard Hawkins: Hijikata Twist showcases a number of reproductions of Hijikata’s annotated scrapbooks. Their montage of Western art imagery reveal the surprising effect of Western abstract painting on his conception of butoh, a surreal mode of performance developed during the 1960s, typically involving playful and grotesque imagery and performed by individuals in white body make-up. As well as challenging the usual account of butoh being formed as a direct response to Japan’s post-World War Two trauma, the exhibition reveals the migratory influence of Western painting on butoh, and on the work of Hawkins himself as a contemporary artist.