The Painter. The exhibition will bring together approximately 50 paintings, which represents almost all of the currently known and obtainable painted works of the artist. A particular highlight will be the twelve paintings from the Galerie Neue Meister from Richter's native city Dresden. 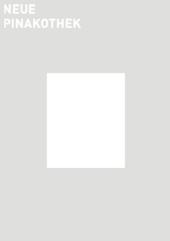 Ludwig Richter's great popularity is owed primarily to his fairytale depictions and illustration series, which have accompanied several generations of Germans. His woodcuts and book illustrations portray a markedly antiquated, tranquil world. Conversely, the works of Ludwig Richter the painter, whose captivating and very original works hold an exceptional position in German Romantic art, have remained until now lesser known. This exhibition - planned by the Staatliche Kunstsammlungen Dresden in honor of the artist's 200th birthday on September 28, 2003 - is the first show devoted solely to Ludwig Richter's paintings. Owing to the value of the works, this exhibition affords a rare chance to become acquainted with these underrated works.

Italy's countryside and later those of his native Saxony form the background for visual narratives, which are coupled with wide-ranging intellectual concepts. The life's journey recurrently forms the central allegorical theme, peopled with wanderers or pilgrims, at rest or, for example, as ferry passengers. Works such as the 'Crossing at Schreckenstein' in the Dresden Galerie Neue Meister, the 'Mountain Lake in the Riesengebirge' from the Nationalgalerie in Berlin with its roaming wanderer and the 'Evening Service' from the Leipzig Museum der bildenden KÃ¼nste, embody vividly this scheme, which is anchored in the idea world of the Romantic.

Even though Richter originally chose painting as his central artistic activity, starting in the mid-1830's the accent increasingly shifted to his output as draughtsman and illustrator. Since he avoided the realistic tendencies that had begun to dominate the art market he was economically unsuccessful with his paintings, which may explain why, in spite of or above all owing to the works' high standards, his painting output remained proportionally small.

The exhibition will bring together approximately 50 paintings, which represents almost all of the currently known and obtainable painted works of the artist. A particular highlight will be the twelve paintings from the Galerie Neue Meister from Richter's native city Dresden. Moreover, additional major works from museums in Leipzig, Berlin and Breslau, as well as from further German and foreign collections will round out the exhibition.

More than 100,000 museum-goers have already visited this exhibition in Dresden, which the Frankfurter Allgemeine Zeitung has called 'an enchanting part of German art history.' Starting January 22, 2004 the exhibition will be presented in the Neue Pinakothek in undiminished form. Here Richter's paintings will be shown alongside of other works of the German Romantic establishing a visual dialogue with other paintings from the Neue Pinakothek's major collection. Among them will be Joseph Anton Koch's 'The Schmadribach Falls', which the young Richter saw in Rome in 1823 and which subsequently inspired his first major painting 'Mount Watzmann'.

The responsible curator for the exhibition in Munich is: Dr. Herbert W. Rott

A comprehensive, fully illustrated color catalogue (Deutscher Kunstverlag, MÃ¼nchen-Berlin) will be published for the exhibition and will cost Euro 24.90 in the museum.