Birth of a Museum

Louvre Abu Dhabi. More than one hundred and sixty of the finest masterpieces already acquired since 2009 by the Emirate. Among these exceptional works there is a statue called Bactrian 'Princess', a gold bracelet with figures of lions made in Iran nearly 3,000 years ago, paintings by Jordaens, Caillebotte, Manet, Gauguin, Magritte and nine paintings by the recently deceased American painter Cy Twombly. 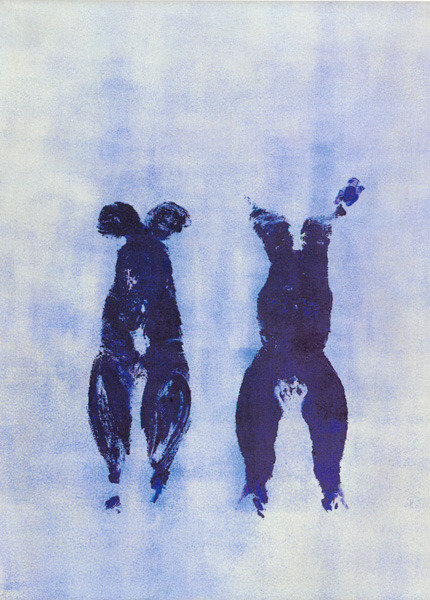 Louvre Abu Dhabi is unveiling the best of its new collection for the first time in France; more than one hundred and sixty of the finest masterpieces already acquired by the UAE museum will be presented in May in Paris, during a major exhibition entitled "Birth of a Museum".
Louvre Abu Dhabi, which will be opening in December 2015, will be the first universal museum created in the Middle East, a region at the crossroads of civilizations. Its collection of old and contemporary works from different countries has been gradually growing since 2009 with each new acquisition. The exhibition will enable the French public to get a preview of the cultural wealth of the collection of the future museum and also to grasp the architectural and cultural project.

A permanent collection unveiled in Paris
The "Birth of a Museum" exhibition is the first major presentation in Paris of the collection of the Louvre Abu Dhabi, associated with the evocation of the architecture of Jean Nouvel as well as the local context of its development. It will unveil a selection of more than one hundred and sixty works acquired since 2009 by the Emirate, which has benefited from the expertise of the teams from Abu Dhabi and Agence France-Museums. Among these exceptional works there is a statue called Bactrian "Princess", a gold bracelet with figures of lions made in Iran nearly 3,000 years ago, a rare Greek archaic sphinx, a large Bodhisattva from Pakistan, a fibula (brooch) in gold with garnets from Italy dating from the fifth century AD, a magnificent Virgin with Child by Bellini, paintings by Jordaens, Caillebotte, Manet, Gauguin, Magritte, a previously unseen papier-collé by Picasso and nine paintings by the recently deceased American painter Cy Twombly. The aim of the exhibition is built around a chronological thread and some major artistic and aesthetic issues that already emphasize the principles at the heart of the identity of the Louvre Abu Dhabi: universalism, the confrontation of artistic testimonies of the great civilizations, from ancient times to the contemporary scene, highlighting the multidisciplinary nature of the fields of artistic creation.
A similar exhibition have already been presented to the public in Abu Dhabi from 22 April to 20 July 2013 at Manarat Al Saadiyat, the art and exhibition centre of Saadiyat Island Cultural District. The exhibition was inaugurated by His Excellency Sheikh Hazaa Bin Zayed Al Nahyan, Vice-President of the Executive Council of the Emirate of Abu Dhabi, in the presence of Aurélie Filippetti, French Minister of Culture and Communication.

First Universal museum in the Arab world
By an intergovernmental agreement signed on 6 March 2007, the UAE and France decided to create a universal museum named Louvre Abu Dhabi which is scheduled to open in December 2015. This unprecedented move lays the foundations for a new type of cultural cooperation between the two countries around the birth of a national institution. As the first universal museum in the Arab world, Louvre Abu Dhabi is an ambitious project whose identity is underpinned by the notions of discovery, contact and, therefore, education. The future museum will not, in any way, be a copy of the French Louvre in Abu Dhabi; instead, it will be an original institution, with its own collection, offering its own interpretation of a universal museum, reflecting its own era and the local traditions of the host country.
Louvre Abu Dhabi aims to be a place of dialogue between civilizations and cultures. Its uniqueness will be based on an overarching vision of artistic creation and it will adopt an original way to present collections, combining loans from French collections and works from the Louvre Abu Dhabi's own currently developing collection, on a rotating basis over ten years.
The construction of the Louvre Abu Dhabi, designed by Jean Nouvel, winner of the Pritzker Prize, has begun on Saadiyat Island. Designed as a "museum city", protected from the sun by a large dome, the buildings extend out over the water. The Louvre Abu Dhabi will cover nearly 64,000 m2, with 9,200 m2 reserved for art galleries, 6,000 m2 for the permanent gallery and 2,000 m2 for temporary exhibitions of international importance.

International Symposium
Wednesday, 18 June from 9:30 am to 6 pm
Around the Louvre Abu Dhabi for a comprehensive history of art?
Programme to come

Filmed theatre
Sunday, 4 May, 2 pm to 8:30 pm
The Mahâbhârata
Projection of 3 episodes of the cult film based on the show by Peter Brook and Jean-Claude Carrière featuring the founder of the book of Indian religion, history and thought.

Concerts
In the auditorium
Thursday, 22 May at 8 pm
Toufic Farroukh & the Absolute Orchestra
A concert celebrating the marriage of jazz and Arabic music

Musée du Louvre, 75058 Paris - France
Opening hours
Every day except Tuesdays from 9 am to 5:45 pm; Wednesdays and Fridays until 9:45 pm.
Admission
Tickets for temporary exhibitions: €13
Combined Ticket (permanent collections + “Birth of a Museum” exhibition ): €16
Free admission to visitors under the age of 18, the unemployed, card holders of Young Louvre, Teachers Louvre , Professionals Louvre, Students Louvre, partner cards or Friends of the Louvre card