The exhibition brings together his cartoons with those of other artists, whilst also exhibiting paintings and sculptures that served as models 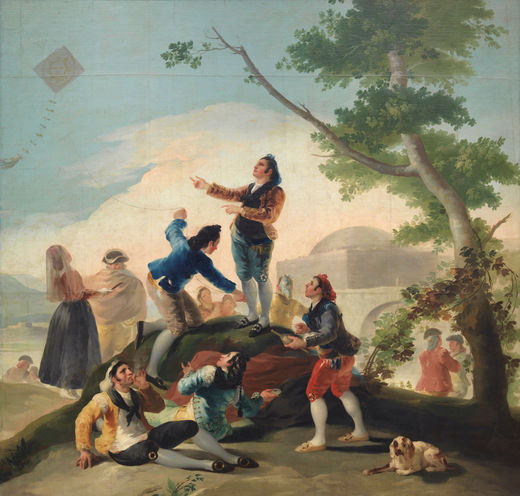 Goya came to Madrid in January 1775 in order to take part in the Project to Create Tapestry Cartoons for the Royal Residences, under the direction of Anton Raphael Mengs, the Chief Court Painter and Art Director at the Royal Tapestry Factory of Santa Barbara. However, Goya's recognition at Court did not come until eleven years later, when he was appointed Painter to the King in 1786, and then named as Chief Court Painter in conjunction with Maella in 1799. The artist received seven commissions for cartoons, in whose compositions he reflected all the diversity of the common people in a series of scenes packed with merriment and enlivened with amusements, games, children and festivities, but also with violence, deception and sadness, scenes in which desire and seduction serve as the backdrop for life. Goya managed to create an extensive range of sentiments due to his extraordinary capacity to capture the rich diversity of human nature and different types of male and female attire, not to mention his ability to suggest endless situations. This exhibition brings together Goya's cartoons with those of other artists, whilst also exhibiting paintings and sculptures that served as models for his startlingly new and innovative creations. Curators: Manuela Mena, and Gudrun Maurer (Image: The Kite, Francisco de Goya, Oil on canvas, 269 x 285 cm, 1777-1778).