The fourth sequence of Resituation 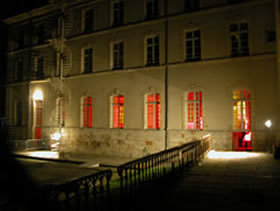 The fourth sequence of RESITUATION, Dematerialisation is a follow-up to Production, which involved the creation of an immaterial work by Patrick Bernier, Olive Martin and Myriame El Yamani. Like these three artists, each of the five invitees taking part in this exhibition issues a radical, personal challenge to the idea of dematerialisation as it has been understood since the 1960s and, more particularly, since the publication in 1968 of Lucy Lippard's and John Chandler's famous essay "The Dematerialization of Art". While these current approaches do not necessarily exclude the object, the very concept of dematerialisation is being rethought. Isabelle Cornaro and Yann Sérandour attempt a summing-up of historical attitudes and of the formal added value generated by the seeming rejection of an aesthetics of the object. The others examine the reciprocity between materialisation and work (notably Serge Le Squer), a question that can find a fit with those of nomadism and pause (Delphine Rigaud and Mario Garcia Torres). This is particularly significant given that for the last decade the other immaterial referent has been the so-called new information and communication technologies. But have these latter completely changed the relationship with work, or is it not, rather, the image of work that is now perceived as undergoing change1? So are there grounds for considering dematerialisation a feature of its time, or is it not, rather, one more common opinion? The indisputable fact remains that the art exhibition has suffered most from the different waves of dematerialisation, which have made it as much a repository for projects (such as Mel Bochner's book Working Drawings and Other Visible Things on Paper Not Necessarily Meant to Be Viewed as Art) as a display of immediately tangible works.

1 For this issue, see, among other references, a discussion between Boris Groys and Lars Bang Larsen at http://www.artlies.org, one of the websites presented during Communication: "Do You Feel It? Art, Work, Utopia and the Real"

Thanks to the Cabinet des estampes, Geneva

In a singular context – that of an exhibition venue belonging to a State art school a long way from the French capital – the intention is to use a series of projects to explore the accepted exhibition format in the age of globalised art. The initial idea is to look for localised responses to the current state of affairs by beginning with a «resituation», this latter depending largely on a critical examination of certain recurring features of the new international art – communication, globalisation and dematerialisation, among others – while also looking into such issues as experimental art training, output and subversion. This reference to «resituation» inevitably puts one in mind of the analyses of Guy Debord. With the triumph of the culture industry – of spectacular codes over-integrated into the process of making and showing international art – the present context has shifted somewhat; and this new situation needs to be sounded out by exploring possible avenues of experimentation and critical resistance. Thus this «resituation» is designed as a seminar in action, one leading to a global exhibition during the summer of 2007. Some of these curatorial sequences will involve exhibitions while at the same time making use of other media: online forums, workshops, talks. Rather than organise the umpteenth better-than-ever-before exhibition, the intent is to attempt an investigation spread over a year; and during that year to use la box as a laboratory for ideas, documentation and action.

The RESITUATION cycle is divided into nine sequences of which the last will use, in addition to la box, several other venues in Bourges during Summer 2007.