Inigo Manglano-Ovalle is considered a pioneer in a new kind of political art. His work is occupied with the attempt to understand forces and systems that continuously drive forward the transformation of our world: not only social phenomena, but also phenomena of the natural world. "Notebook Drawings"is an installation by Gordon Matta-Clark, who used drawing almost as a mirror for his thoughts, and his drawings were often the product of extremely intense, uninterrupted sessions. 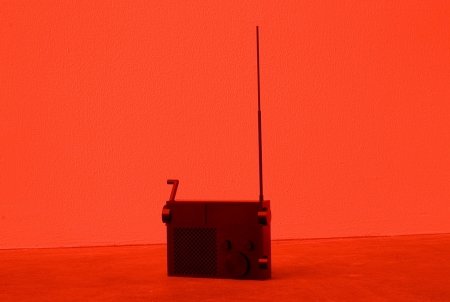 Drawing always played an outstanding role in the development of Gordon Matta-Clark's artistic work, as was already impressively underlined in the extensive Generali Foundation exhibition several years ago and the catalogue that accompanied that travelling exhibition.

Matta-Clark used drawing almost as a mirror for his thoughts, and his drawings were often the product of extremely intense, uninterrupted sessions during which whole series of works were created. Usually, these sessions are compiled in the artist's notebooks.

In these sessions, Matta-Clark worked on particular issues with great concentration. His notebooks thus reflect a great intensity and usually depict a new level of development in the thought and experimentation of this complex artist.

The exhibition at Galerie Thomas Schulte focuses on five blocks of work from 1974 to 1978. In this period of time leading up to Matta-Clark's early death, his most important and best known large projects emerged, such as Splitting, Bingo, Conical Intersect, and Circus-Carribean Orange.

Galerie Thomas Schulte presents Iñigo Manglano-Ovalle's installation The Radio, beginning with an opening reception on Saturday, September 29 from 7 to 9pm.

Iñigo Manglano-Ovalle (born in Madrid in 1961) lives and works in Chicago, where he teaches at the Art Institute. In recent years, he has held individual exhibitions at the Art Institute, Museum Haus Lange/Haus Esters, Krefeld, and Vienna's Generali Foundation. His impressive installation at this year's Documenta was considered by the critics as one of the few truly outstanding and universally praised contributions within an overall presentation that was highly criticized.

Manglano-Ovalle is considered a pioneer in a new kind of political art. His work is occupied with the attempt to understand forces and systems that continuously drive forward the transformation of our world: not only social phenomena like migration and increasing urban development, but also phenomena of the natural world.

The environment-like installation The Radio is a replica of part of Manglano-Ovalle's Documenta installation, where the large outer window of the exhibition space was completely covered with a transparent red foil, granting the light within and the beholder's view of the outside world an almost unreal note. Already in his earlier installation From Orange to Red and from Red to Orange, Manglano-Ovalle had used this to make a clear reference to the almost constant terror warnings in the US and the accompanying collective feeling of permanent threat. The more time one spends in the room, the more the light changes to an overall orange atmosphere that redefines the reality around us. The exhibition space only contains a replica of a short wave radio left on the floor, as if forgotten, an abandoned object like one we might subconsciously imagine when we hear the warnings from the loudspeakers at airports and train stations.

Galerie Thomas Schulte
Charlottenstraße 24 D-10117 Berlin
Opening Hours:
Tuesday to Saturday 12:00 a.m. - 6:00 p.m. and by appointment
For the duration of Artforum Berlin, the gallery will be open everyday from 11 to 6pm.