9 I hired a contract gallerist.

16 The power of language and the language of power

19 The Hiring hall: refund your trip!

The Ideological Intruder
by Eddie Spanier


"Propaganda is neutrally defined as a systematic form of purposeful persuasion that attempts to influence the emotions, attitudes, opinions, and actions of specified target audiences for ideological, political or commercial purposes through the controlled transmission of one-sided messages (which may or may not be factual) via mass and direct media channels. A propaganda organization employs propagandists who engage in propagandism the applied creation and distribution of such forms of persuasion."

Richard Alan Nelson, A Chronology and Glossary of Propaganda in the United States (1996) pp. 232-233 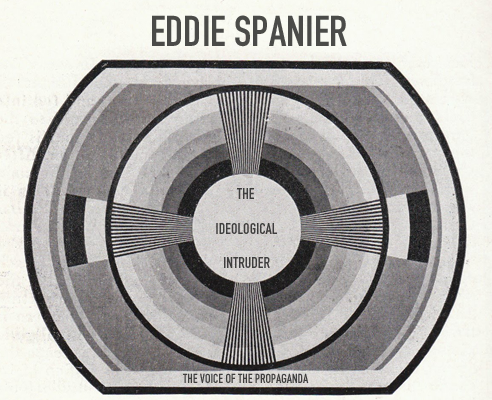 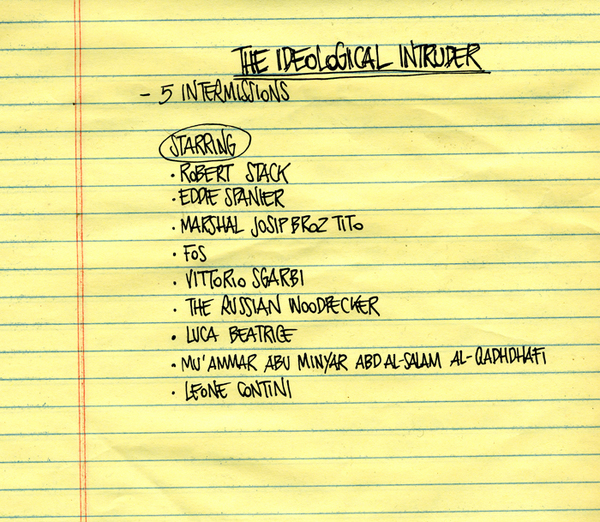