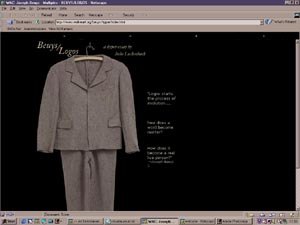 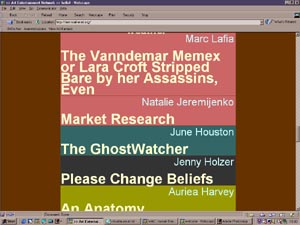 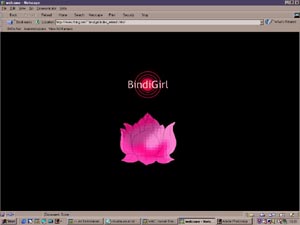 Steve Dietz is the founding Director of New Media Initiatives at the Walker Art Center, where he is responsible for curating the on-line Gallery 9; in addition to initiating one of the earliest archive-collections of net art, the Walker's Digital Arts Study Collection. Dietz has curated the on-line exhibitions "Beyond Interface: Net Art and Art on the Net" and "Shock of the View: Artists, Audiences, and Museums in the Digital Age." He lectures and writes extensively about new media, and is currently organising the "Art Entertainment Network," which is scheduled to open at the Walker in February, 2000. http://www.walkerart.org/gallery9

SA: What does it mean to be the curator of New Media at the Walker?

SD: My official title is Director of New Media Initiatives, and one of the interesting things about it is that it reflects the multiple functions new media and the Internet have in many museums today. Our department has many functions, from providing on-line information on what's happening at the museum to looking at the net as a creative medium itself.
Obviously, it's in the latter role that we start getting at more interesting topics, but I think it also reflects the fact that we take the idea of the initiative literally. We created the gallery so that we could commission Internet and new media art.

SA: How are you approaching the task of commissioning work?

SD: A lot of museums step into it by approaching an artist they've been working with and saying "Would you like to do something for us on the net?" Our mission at the Walker and the new media initiative is to be a catalyst for artistic expression. What I think is different about how we conceive of Gallery 9 is that we're trying to approach artists who work with the Internet as their primary medium. We're certainly not against going to an artist we've worked with before, someone like Diana Thater, but we're less interested in approaching well-established artists. We're trying to find artists who are already working with the Internet in different contexts.

SA: If these artists are already doing net projects, why bring them to the Walker? What advantages can a net artist have at a museum?

SD: One of the things artists legitimately ask is what can a museum do in an Internet context? To some extent, they don't really need museums to mediate their projects. One the other hand, one thing a museum can do is bring a different audience and, potentially, a different level of attention to artists who aren't well-known even in the context of the art world. By having the Walker saying you should look at the work of Piotr Szyhalski, we can be a catalyst for creative experimentation and expression.

SA: What relation do you see evolving between museums and the Internet?

SD: In a broader view, it's interesting to note that people working with new media see it from where they're coming from. People coming from video look at it in a different way than someone coming at it from photography or publishing, which is my background. It just becomes your frame of reference because the medium is so malleable. I think the museum can bring these different perspectives together. For me, there are all sorts of parallels between artists getting on-line and doing their sites and the self publishing movement in photography in the 60s and 70s. It makes perfect sense. Someone who came up from the video world had to go to festivals before they could look at them. That colours how and what they do. I'm leaning toward the idea that the net will be increasingly influential and I think that it will be a parallel universe of our activity.
Sometimes it will be more autonomous, and sometimes it will intersect more with the physical institution of the museum.

SA: It sounds like you're saying the net is a medium onto itself. Now, its true that every medium develops its own language over time. For instance, Eisenstein's montage became the dominant language of film, and eclipsed more theatrical or even avant-garde languages. Do you feel like you've identified one or two parallels in net art to what montage was to film?

SD: I think one big question regarding net art is whether or not it can have the kind of impact on artists that, let's
say montage had on film. Will it become more avantgarde or more mainstream? It gets confusing quickly and I think we have to start off with the idea that it's a meta-medium. The best analogue to the net, to my mind, is electricity. Electricity is everywhere. Sometimes it turns on your television and sometimes it turns on a Dan Flavin sculpture. Those are very different things. On the Internet, we sometimes confuse the transmission of information with the creation of a work, of a practice, or of an event. But we can also bring the same kind of analytical tools to both. Once you distinguish the fundamentally different ways this thing called the network is being used, then you start down a road towards a language like Eisenstein's montage. And I think it will be developed by artists and other practitioners. One the other hand, because there's still this other electricity-like ubiquity to the net, I think there'll always be this cross back-and-forth between design-worlds, art worlds, publishing worlds etc., so the parallel between a cinematic language and the development of a net language won't be so neat. It'll be far more embedded in the worlds of advertising and commerce. Saul Anton is a critic living in New York.